A Ukrainian official close to the matter has warned that the forest fires burning in the Chernobyl Exclusion Zone may impact the entire world if they aren't dealt with. 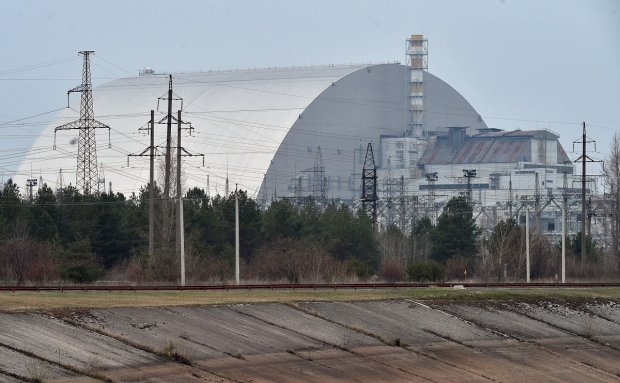 According to Lyudmila Denisova, the commissioner of the Verkhovna Rada of Ukraine for Human Rights recently said, the region near the failed nuclear power plant currently has 31 fires recorded, which are causing an increase in radiation being released into the atmosphere, putting Ukraine, Belarus, and other European countries at risk of exposure. Additionally, Denisova said that due to the Russian military occupying Chernobyl, its impossible to send firefighters into the region to tackle the fires.

Denisova goes on to explain that if nothing is done to stop the fires around the nuclear power plant, there may be "irreparable consequences not only for Ukraine but also for the whole world." The Verkhovna Rada commissioner said that a catastrophe can be prevented if the Russian military occupying the area fall back.

"Control and suppression of fires is impossible due to the capture of the exclusion zone by Russian troops. As a result of combustion, radionuclides are released into the atmosphere, which are transported by wind over long distances. This threatens radiation to Ukraine, Belarus and European countries," wrote, Ms Denisova.

Furthermore, previous reports have indicated that Russia's invasion has interrupted attempts at monitoring the radiation levels in the failed reactor. In 2020 a forest fire caught ablaze near Chernobyl and officials recorded radiation levels 16 times of was considered to be "normal".

"Catastrophic consequences can be prevented only by immediate de-occupation of the territory by Russian troops. Therefore, I call on international human rights organizations to take all possible measures to increase pressure on the Russian Federation to end military aggression against Ukraine and de-occupy high-risk areas," said Ms Denisova.