Intel's new 12th Gen Core "Alder Lake" CPUs are about to be unleashed onto the world, with the flagship Core i9-12900K processor already pushed to record-breaking heights: the land of 8GHz. 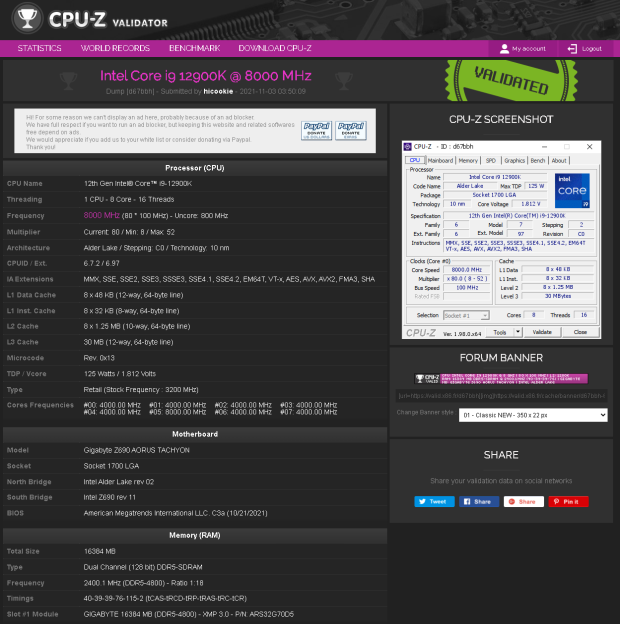 Intel's new Core i9-12900K is the flagship Alder Lake-S processor that was overclocked to 8GHz by extreme overclocked HiCookie, who used the new AORUS Z690 Tachyon motherboard. DDR5 memory was used, of course, also overclocked to a blistering DDR5-8300 on looser 52-52-52-100-127-2 timings.

You're not going to be overclocking Intel's new Core i9-12900K processor to 8000MHz on the stock cooler, not even a huge 360mm AIO liquid cooler or a custom water loop... HiCookie used exotic LN2 cooling, used by extreme overclockers. Still, the Core i9-12900K pushed to 8GHz says a lot about Intel's shift to its new Intel 7 node with Alder Lake as the previous-gen Core i9-11900K was never pushed to 8GHz.

We are inside the 24-hour mark for the Intel 12th Gen Core "Alder Lake" CPU launch NDA, so expect an absolute flood of content from all your favorite sites, YouTubers, and of course here on TweakTown where we'll have a plethora of Alder Lake-related content over the coming months. Intel's new Alder Lake platform launches alongside the new Z690 chipset, delivering the industry's first taste of DDR5 RAM and PCIe 5.0 connectivity for the future. 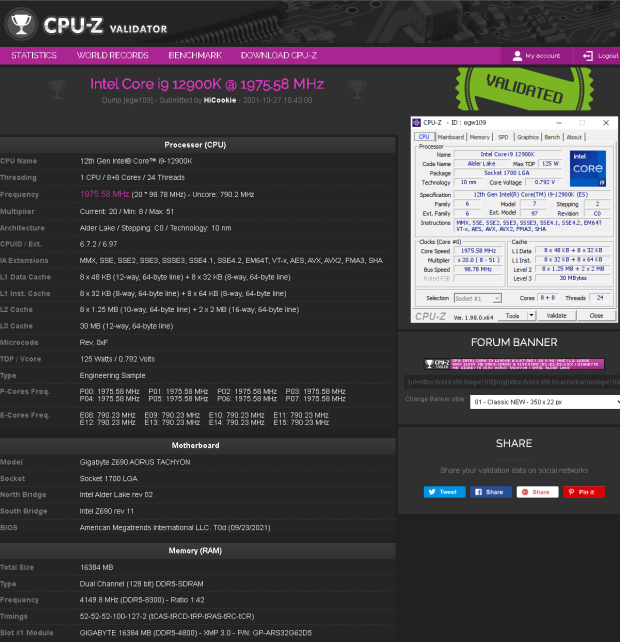