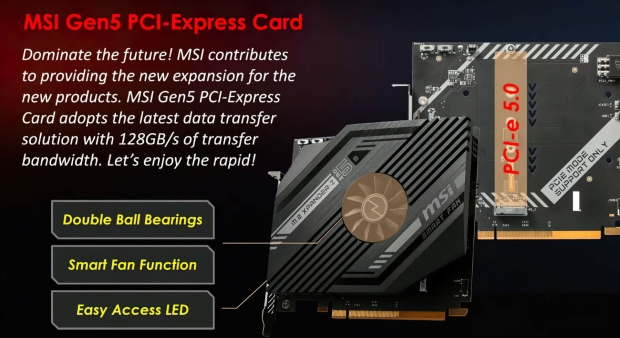 MSI is promising a huge 128GB/sec of speed here which is the maximum that the PCIe 5.0 x16 connector can handle, while Phison has recently been teasing next-gen SSDs pushing a huge 14GB/sec. Right now we're maxed out at 7GB/sec or so for PCIe 4.0-based SSDs but we should see the world of 14GB/sec+ with PCIe 5.0 SSDs. 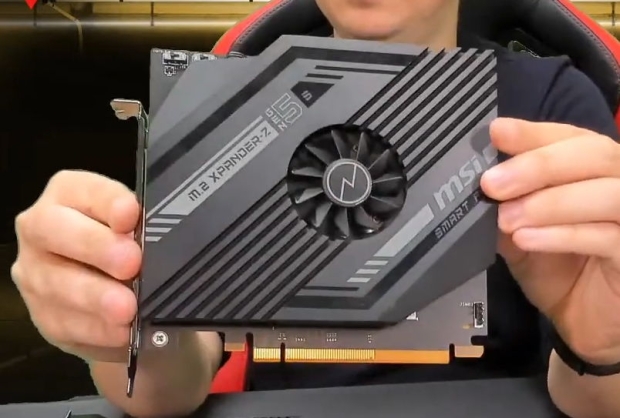 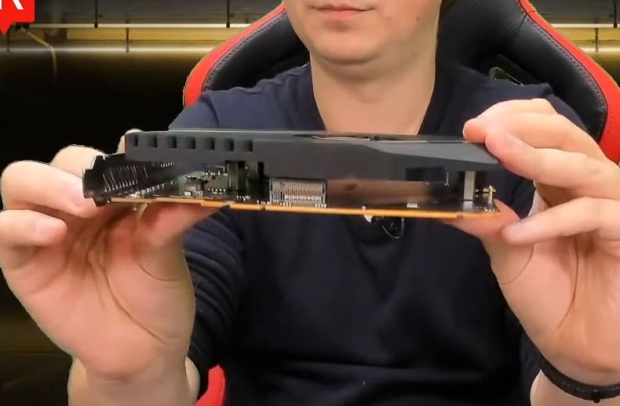 You're not going to be pushing all those crazy-insane 128GB/sec speeds without active cooling, but MSI is also able to use passive cooling here -- with the heat sink over the M.2 slot and single fan on the card. This fan can be disabled if you don't want the noise. No power numbers have been released from MSI, but that will be interesting to see, too.

MSI hasn't provided an ETA for when its PCIe Gen 5 M.2 Expander-Z card will be available, but we could see it bundled with one of MSI's flagship Z690 motherboards in the near future.