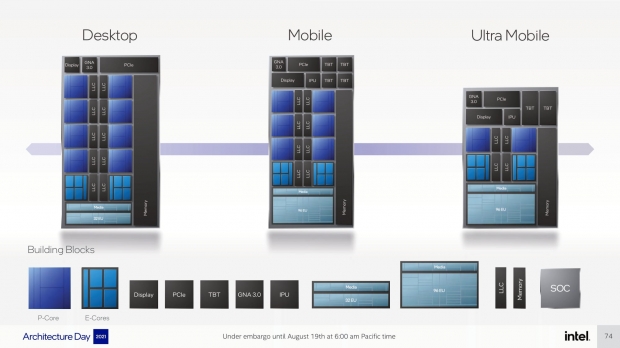 The new Alder Lake CPUs will debut on the desktop in LGA1700 form, all the way down to mobile and ultra-mobile designs. The desktop Alder Lake flagship CPU which should take form as the Core i9-12900K, will have 8 P-cores, and 8 E-cores, with the 8 P-cores will include Hyper-Threading for a total of 24 threads of CPU power.

An integrated Xe GPU is included, with 96 EUs (or is that Xe-cores, now) so expect some decent performance out of the integrated GPU. 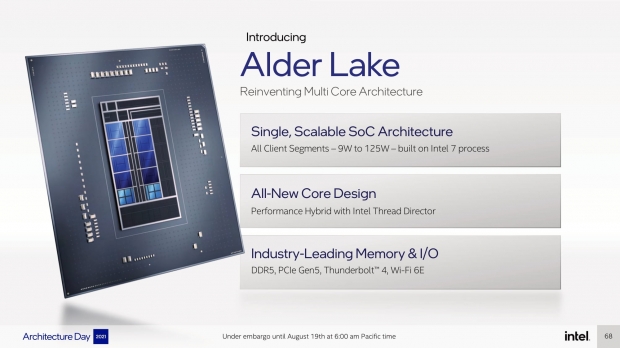 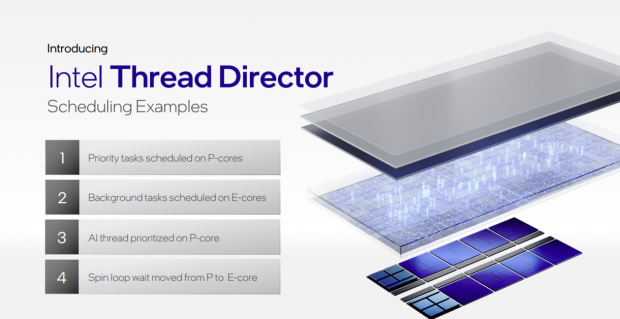 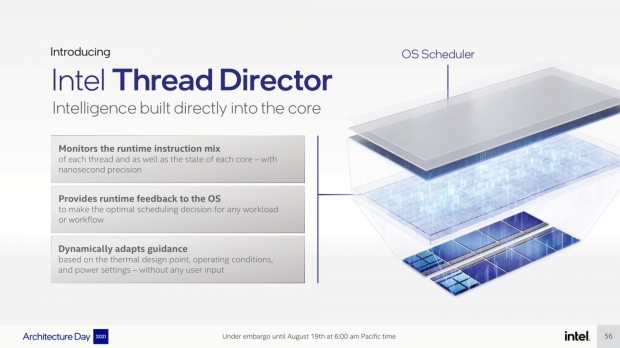 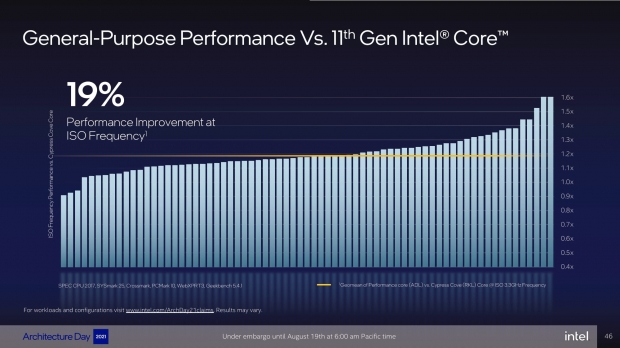 As for the IPC improvement from Alder Lake, we're looking at up to a 19% IPC improvement over Rocket Lake. This will be interesting to see pan out, and should see Intel securing that performance leadership. 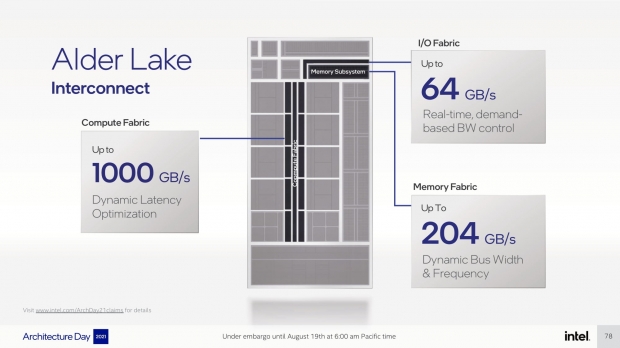 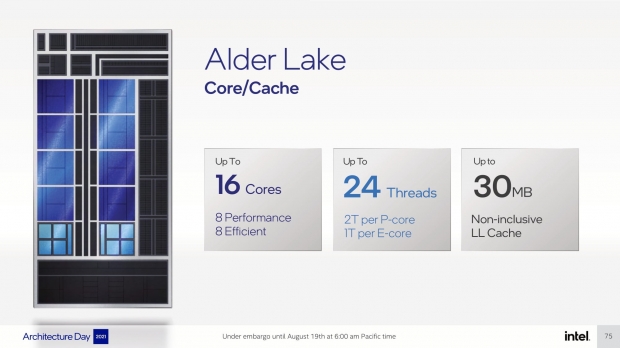 Intel's new Alder Lake CPUs will have up to 16 cores (8 Performance, 8 Efficient) with up to 24 threads (depending on the CPU) and up to 30MB of non-inclusive LL Cache. 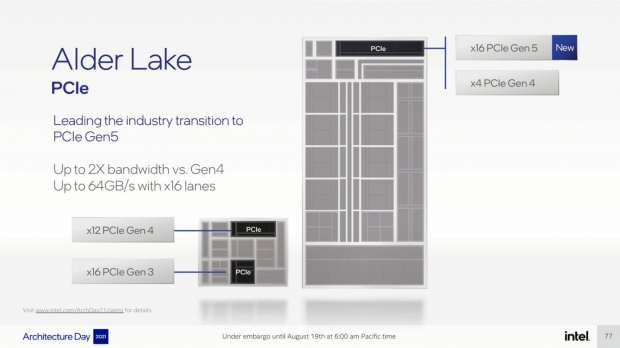 There's some truly next-gen technology and features inside of Intel's new Alder Lake CPU architecture, with the introduction of PCIe 5.0 that offers 2x the bandwidth of PCIe 4.0 with up to 64GB/sec on a PCIe 5.0 x16 slot.

We won't see PCIe 5.0 graphics cards overnight, but PCIe 5.0-based SSDs can be unleashed for 15GB/sec SSDs of the very near future. We've been hearing news of PCIe 5.0 SSD controllers for a few months now, and they will indeed be offering 14-15GB/sec if you can believe it. 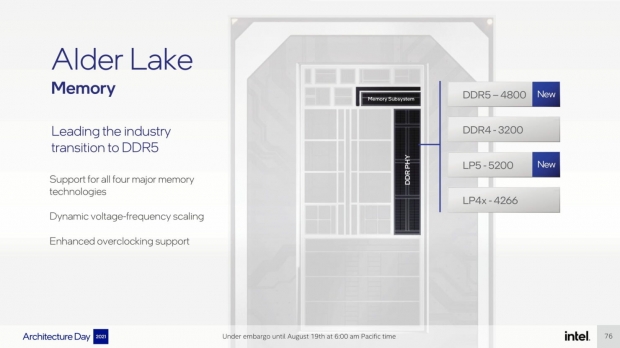 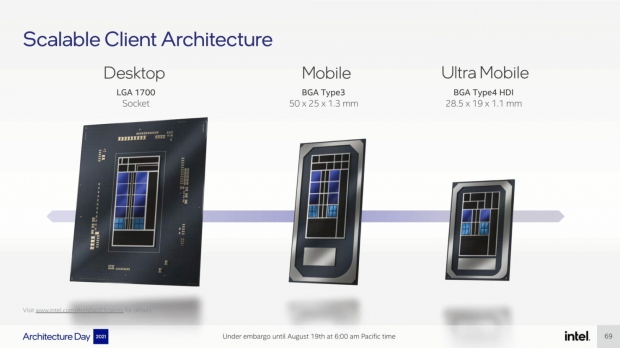 Alder Lake on the desktop will arrive in the form of the new LGA 1700 socket, while the mobile design of Alder Lake will be on BGA Type3, and the Ultra Mobile design with BGA Type4 HDI. 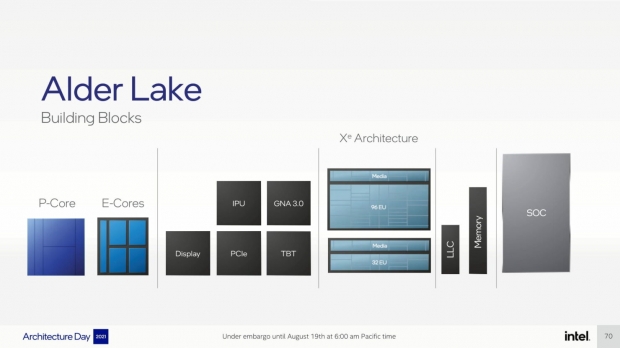 Alder Lake broken down into simple building blocks, which is impressive to see.