Can you believe the day is here? Intel has launched its next-gen Alder Lake CPU architecture, the largest shift in Intel CPU architecture in over 10 years -- a shift into hybrid architecture, and a shift away from the problematic 14nm process node and onto Intel 7. 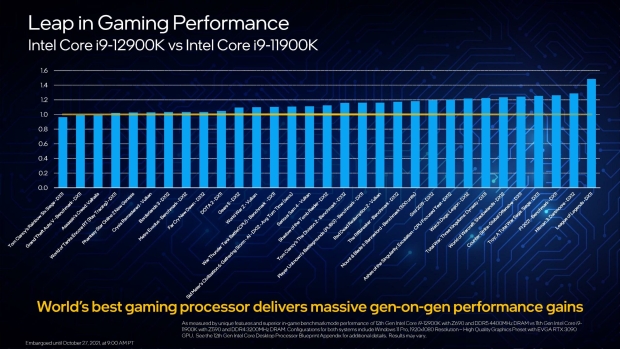 If we go from pure gaming benchmarks on the new Intel Core i9-12900K, which Intel has compared against its Core i9-11900K and AMD Ryzen 9 5950X processor -- the new Alder Lake flagship Core i9-12900K beats everything across the board in a decent spread of games including Far Cry 6, F1 2021, Crysis: Remastered, and Troy: A Total War Saga. 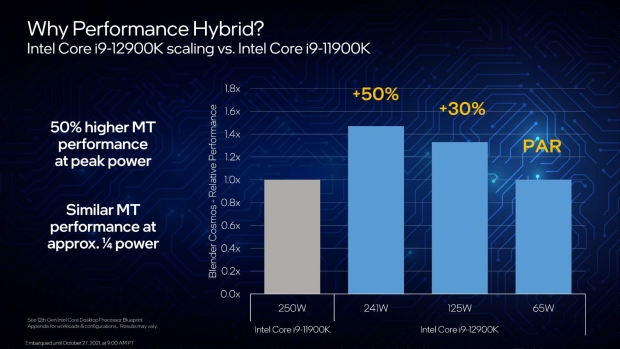 That is crazy, and shows two things: the shift away from the 14nm process node to Intel's new 'Intel 7' node which is equivalent to TSMC's 7nm process node that it has had for a few years now. But when power is unleashed, so too is the performance -- with 125W pushing 30% more performance, and 241W delivering +50% more performance... and yet it still uses less power than the previous-gen Core i9-11900K processor.