Robinhood has been in the headlines for literally all the wrong reasons, with people beyond pissed off that the trading app halted GameStop trade restrictions -- leading into a class action lawsuit, and now the Robinhood app being review bombed on the Google Play Store. 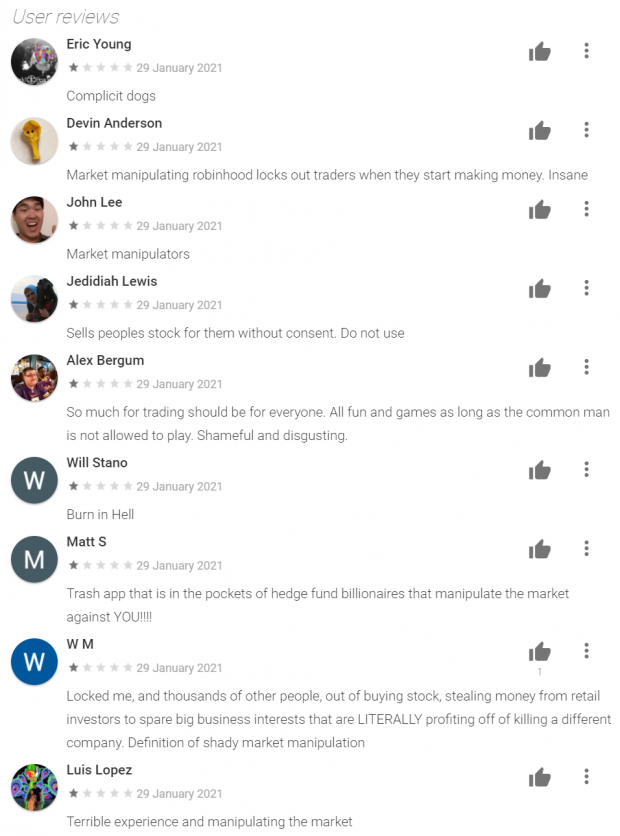 Users have bombarded the Robinhood app with one-star reviews, forcing the app down into averaging at the lowest rating on the Google Play Store. Users are rightfully angry, as they've seen their ability to buy shares of stocks that are skyrocketing completely banned from use, so over 100,000+ negative reviews for the app isn't a surprise.

There's much more to all of this story below: