It comes as a big -- and I guess not-so-big surprise -- that GameStop Corp ($GME) was the most traded equity on the planet today with over $20 billion in volume.

The news is coming directly from Senior ETF Analyst for Bloomberg Intelligence, Eric Balchunas, who tweeted the news sand said it was "surreal". GameStop beat out giants like Tesla (just, with Tesla seeing $19.7 billion of trades today) while Apple trails behind with $13.4 billion. 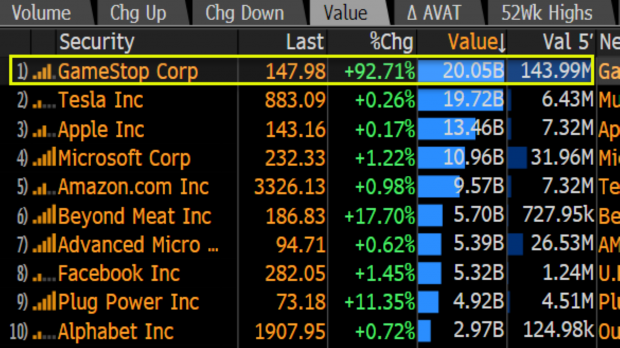