So, here's the story -- some trolls on Reddit and more specifically r/wallstreetbets had a mission: destroy GameStop short sellers and to screw them in the assistance of retail investors. 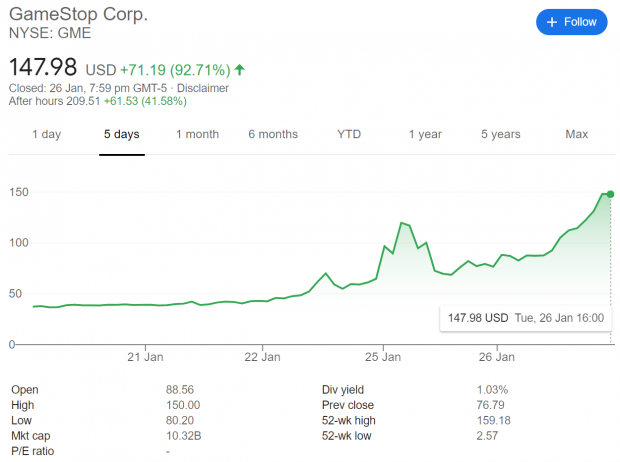 The popular r/wallstreetbets subreddit was spun into motion, with the group described as "like 4chan found a Bloomberg terminal" and oh boy, they went to town this time. The r/wallstreetbets posters have achieved something pretty insane, with GameStop stock hitting $2 in March 2020 and $17 by December 2020 -- at the time of writing it was at $147.98.

The subreddit was founded by Jaime Rogozinski but he stepped away from it in 2020, Rogozinski said that r/wallstreetbets treats stock trading like a video game. He said: "Level up with options trading ... Choose your own venture".

Rogozinski explains: "It certainly started as a meme. That's how WallStreetBets operates. [WallStreetBets] get a stock, they have fun with it, they make funny pictures and videos and songs or whatever. GameStop started as a meme, but they pushed it to a different level. They're no longer commenting on the story. They're wanting to become the story and have very effectively done that".

One of the most popular posts in the r/wallstreetbets subreddit reads: "GME!!! THIS IS PROOF OF OUR STRATEGY. BUY SHARES. BLEED THE SHORTS. FUCK THE INSTITUTIONS. HOLD THE LINE".

Tesla Motors and SpaceX founder and CEO Elon Musk got in on the GameStop stock madness.

Chamath Palihapitiya, early senior executive at Facebook, the founder and CEO of Social Capitol, and the Chairman of the Board of Virgin Galactic also tweeted: 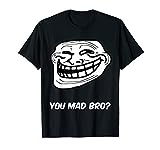