We know that Cyberpunk 2077 runs like junk on the base PS4 console dropping to 15FPS at times, but how about the Xbox One S? Yep -- the same, check it out:

Back in January 2020 we wrote that CD PROJEKT RED was having issues optimizing Cyberpunk 2077 for current-gen consoles, especially the base Xbox One and PS4. It seems nothing improved on that, but that's not surprising given Cyberpunk 2077 is a next-gen game playing on a potato box like the original Xbox One/S and PS4.

It shows that next-gen gaming is still many years away from being mainstream for consoles, but on the PC if you want to spend the money on a high-end gaming PC then you will enjoy next-gen games like Cyberpunk 2077. It truly does look awesome when it's all cranked up with ray tracing turned on, but you need a grunty PC to play it at its peak.

It's the new Crysis in terms of requiring a high-end gaming PC to get the most of it, but it's about damn time. I don't think I could sit there and watch a video of Cyberpunk 2077 and its performance like that, let alone play it, let alone enjoy it at that 10-15FPS slideshow.

The game runs great on the PlayStation 5 -- towards the end of the video above. Cyberpunk 2077 is running via backwards compatibility here, to make this clear it's not the next-gen upgrades coming to Cyberpunk 2077 next year.

Cyberpunk 2077 will receive free next-gen upgrades for both the PlayStation 5 and Xbox Series S/X consoles sometime in 2021. CD PROJEKT RED said at the time that the upgraded version of Cyberpunk 2077 will "take full advantage of next-gen hardware". 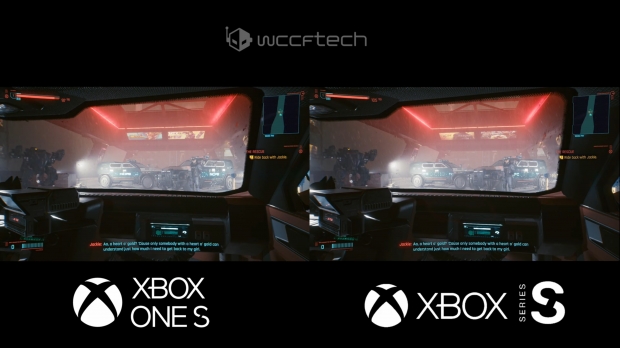