The character of Johnny Silverhand is huge in Cyberpunk 2077, played by The Matrix and John Wick star Keanu Reeves -- who rocks a bionic arm in the game. Well, a Johnny Silverhand-themed arm is being turned into a reality.

Limbitless Solutions is a small non-profit outfit that used new techniques and technologies, and many, many hours into the Johnny Silverhand-themed prosthetic arm. The arm will be made for adults and children, and will let them grip objects and do some limited gestures. The big takeaway here is that Limbitless Solutions is aiming for the cheaper side of the prosthetic market, making them accessible to a much wider market that is in need. 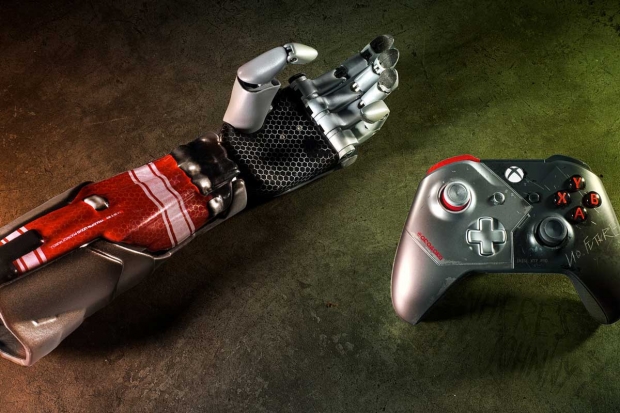 This is also not the first time that Limbitless Solutions have made a prosthetic from pop culture (games and movies) as the non-profit teamed up with Robert Downey Jr. on giving youngster Alex Pring an Iron Man prosthetic limb in 2015. Later in 2018 they worked with 343 Industries on Halo-themed prosthetics.

You can read more about Limbitless Solutions and its new Cyberpunk 2077 partner with its Johnny Silverhand-themed prosthetic arm here.