Cyberpunk 2077 runs like certifiable shit on the base PlayStation 4 and Xbox One consoles, with no amount of day one patches from CD PROJEKT RED fixing the crappy performance on the baseline now previous-gen consoles.

But wait up, if you've got the PS4 Pro you'll go up to a dynamic resolution of 972p through to 1188p and a more stable framerate (that still dips into the 20s). Sorry, if you've got a current-gen PS4, PS4 Pro or Xbox One/S then you're going to have a choppy time playing Cyberpunk 2077. 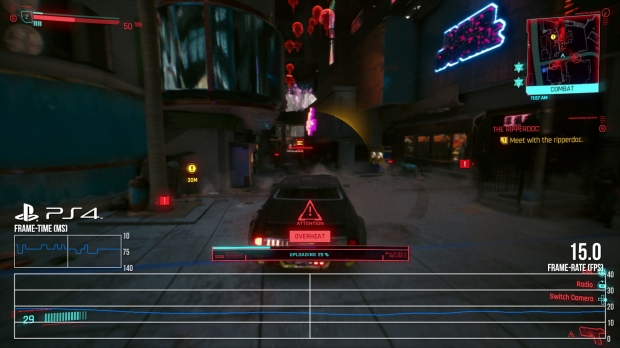