Yeah Cyberpunk 2077 is the new Crysis, and maybe even worse -- as NVIDIA has just published some official benchmark numbers that will make your eyes water. 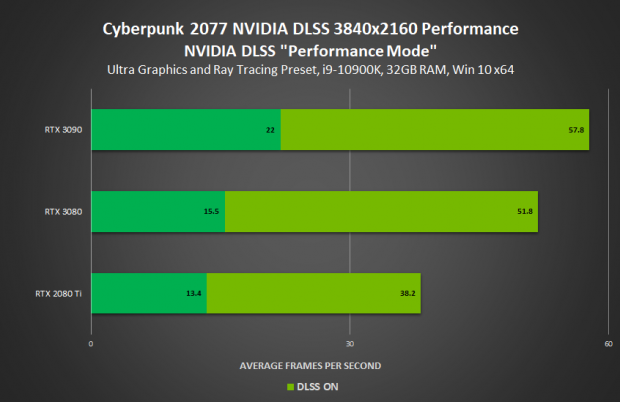 Not even the flagship GeForce RTX 3090 which starts at $1499 can handle 4K 30FPS out of the box with the RTX 3090 hitting just 22FPS average (ray tracing + Ultra graphics) and not even 4K 60FPS with DLSS on "Performance Mode" for Cyberpunk 2077. This is with all of the ray tracing bells and whistles on, with the GeForce RTX 3080 at just 15.5FPS average and 51.8FPS average with DLSS enabled. 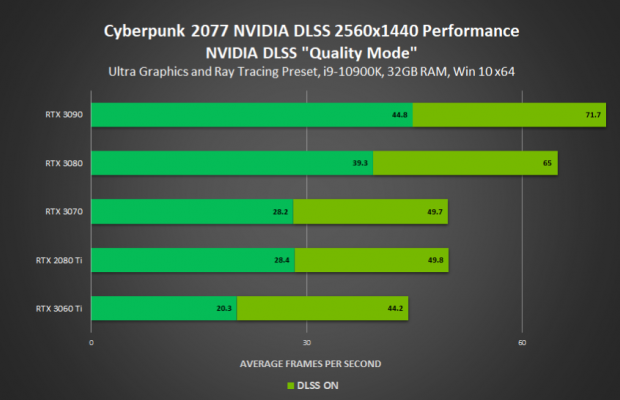 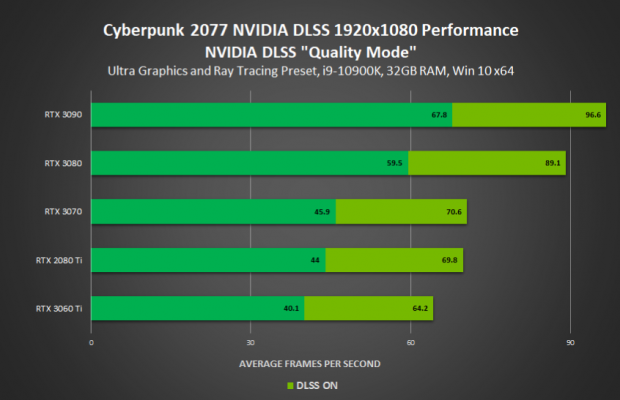 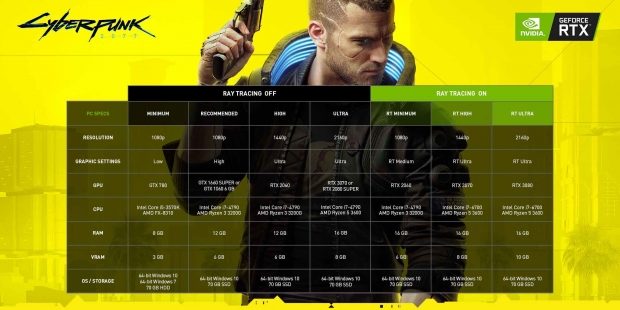