Spider-Man Miles Morales may be among the first playable 8K resolution games on Sony's next-gen PS5. 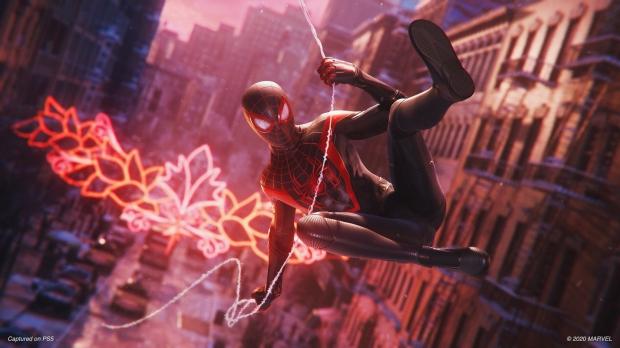 Today Insomniac Games confirmed some surprising news: Their new Spider-Man game will run at 4K 60FPS on PS5 via an optional Performance Mode, hinting at higher resolution for the other mode. Insomniac didn't clarify if this was native 4K resolution, though.

Just like PS4 Pro Enhanced games, some next-gen PS5 games will have two modes: A performance mode that prioritizes frame rates and gameplay, and another that emphasizes resolution. The new Demon's Souls remake is another PS5 game that will have these two modes.

If this trend continues with Spider-Man Miles Morales, we could very well see the game's other resolution mode hit 8K, making it one of the first games to break 4K on the platform. Sony has confirmed the PlayStation 5 will support 8K gaming, and Gran Turismo 7 developers Polyphony Digital have demoed the game on Sony's new CLEDIS 8K UHDTV line, strongly hinting the game will be playable in 8K.

This is all speculation and Insomniac has only confirmed Spider-Man Miles Morales will run at 4K 60FPS on the PlayStation 5 via the optional Performance Mode. But the implication is there, and we're excited to see what kind of performance first-party developers can squeeze out of the PS5's new higher-end SoC.

The PlayStation 5 releases Holiday 2020 alongside Spider-Man Miles Morales. Pre-order info has been found in the PlayStation Direct source code, but no info on pre-orders, pricing, or launch date has been confirmed.

Check below for more specs: