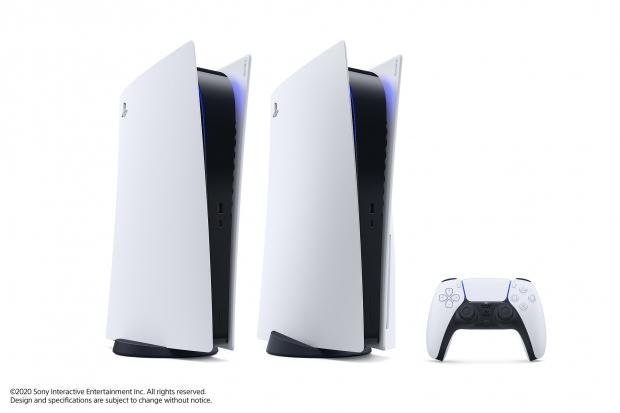 Internet sleuths on ResetERA have uncovered some interesting new updates on the PS Direct Store. The website's source code now explicitly mentions the PS5, and HTML error message code confirms users will only be able to pre-order one console at a time.

"addtocartrestrictionvalidation":{"errorType":"commerce-api-error","errorMessage":"You can only purchase one version of the PS5™ Console: Disc or Digital. You have already added one PS5™ console to your cart.," the code reads.

There's also mention of special icons and markers for PlayStation 5 backwards compatible games. PS4 games that can play on PS5 will be marked with a special blue icon. The site didn't have any images of said icon, though.

The PlayStation Direct store is rather sparse when it comes to PS4 games. There's only 32 games available for purchase on the site, including major first-party titles, and we expect all of these will be playable and most of them could be upgraded. We should see upgrades for games like The Last of Us II, Death Stranding, God of War, Spider-Man, and Ghost of Tsushima.

Sony recently said they wouldn't just surprise reveal PlayStation 5 pre-orders, and gamers would get ample time to prepare. The company plans to manufacture 9-10 million PS5 units this fiscal year and exceed the PS4's launch sales by as much as 2.5 million consoles.

Console pricing is expected to sit between $450 and $599 across the dual-SKU PlayStation 5 lineup.