Capcom could be developing Dragon's Dogma 2 in the RE Engine with original game director Hideaki Itsuno at the helm. And it could be released for next-gen consoles. 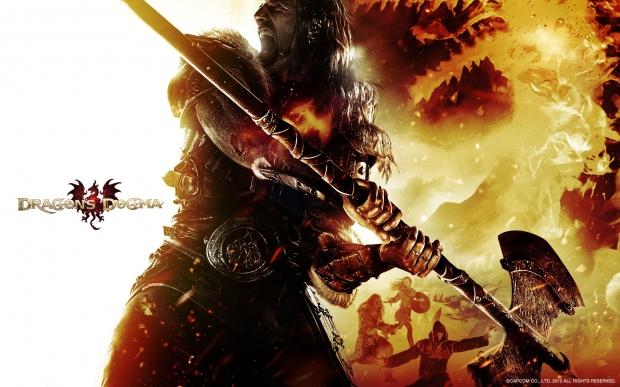 Capcom is back on top. We've seen a drastic turnaround from thanks to massive heavy-hitters like Monster Hunter World (its best-selling game of all time), Resident Evil 7, Devil May Cry 5, and Resident Evil 2 Remake. With this stable base of earnings, Capcom now wants to revisit old series by "reviving and awakening dormant intellectual properties." This leaves lots of exciting possibilities, including a Dino Crisis Remake and a Dragon's Dogma RPG sequel.

It gets better. Original Dragon's Dogma game director Hideaki Itsuno just teased a brand new game on Twitter with a short, tantalizing message: "2019 was the best year. Thank you to Devil May Cry fans. We will continue to work on the next project," Itsuno said.

On its own the message isn't much to work with.

I mean of course Capcom is making a new game, and of course Itsuno will be involved. He helped direct Devil May Cry 5, a massively successful sequel that helped revitalize the IP and pushed graphics and performance to new levels with the RE Engine.

But once we frame this teaser with everything we know about Capcom's current going-ons, things get interesting. And this isn't the first time Itsuno talked about Dragon's Dogma 2.

Back before DMC5 was made, Itsuno told Capcom CEO Kenzo Tsujimoto he wanted to make two games. One of these games was Devil May Cry 5. The other is Dragon's Dogma 2. Tsujimoto okay'd both of these projects.

And since DMC5 is shipped and a bona-fide 2 million sales hit...It stands to reason Itsuno has an even bigger greenlight to make a sequel to the interesting 2012 RPG. Capcom clearly trusts the games designer.

"He said 'okay, do whatever you want. Do whichever one you want.' So I thought, alright you know what let's do DMC5. So we did that."

We also know Capcom is currently gearing up its development pipeline in preparation for next-gen consoles like the PlayStation 5 and Xbox Series X.

All the signs were there: Capcom's R&D spending has spiked, it's hiring lots of new developers, and its release slate for FY2019 was amazingly thin, strongly hinting the company is crouching down for a big leap in FY2020 alongside the release of next-gen systems.

A big part of this ramp-up is the RE Engine, which should power most of its big heavy-hitting AAA games moving forward. Capcom President Haruhiro Tsujimoto confirmed that not only is the RE Engine being optimized for next-gen console hardware, but new games are being made in the beefed-up games engine.

Coupled with Itsuno's teaser, his previous remarks about Capcom greenlighting Dragon's Dogma 2, the RE Engine optimization on next-gen, Capcom's comments on resurrecting dormant IPs, and the new hiring spree in prep for next-gen systems...the chances of DD2 happening are pretty good.