Devil May Cry 5 has finally officially launched and the title has been quite well-received by fans with reviews falling in the 'very positive' category on Steam. 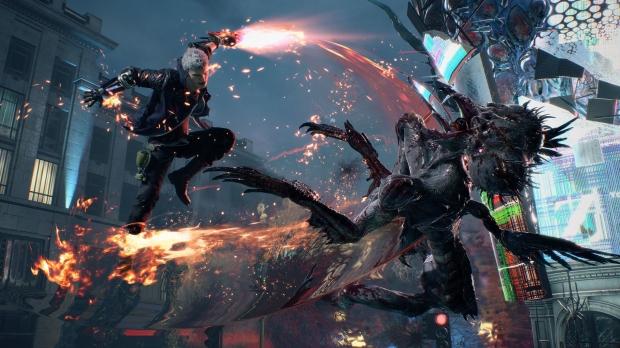 Devil May Cry 5 has released and it seems that Capcom's title has been very successfull in terms of players and concurrent users. At the time of launch, Devil May Cry peaked at 74,000 concurrent players which puts it behind that of Monster Hunter World which sits at first place for Capcom.

It will be very hard for Capcom to top the concurrent player-base of Monster Hunter World when it released as that title managed to swing 300,000 players at once. On a more positive note though, Devil May Cry 5 managed to beat Resident Evil 2, Dark Souls 2, Dark Souls 3 and Metal Gear Solid V in the category of current players on Japanese games that have released on Steam.