Crystal Dynamics has been working on its new Avengers project for quite some time now, and a recent job listing hints the game could target both current and next-gen systems. A senior software engineer job opening wants candidates to have "experience with current and next gen platforms: Xbox, PlayStation, and PC," which is particularly interesting because those systems aren't out yet. This could simply be a mix up in terminology, or it could point to next-gen devkits being out in the wild.

This shouldn't be a surprise, however. Devs typically get access to scaled devkit tech years ahead of release as to optimize their games and become familiar with the hardware. This also helps platform-makers innovate and iterate on the system using valuable feedback gleaned by devs. Depending on how the next-gen console landscape works--whether its iterative or a full leap ahead of the PS4 and Xbox One--we could see two outcomes: games released on both platforms with different generational versions, e.g. the Xbox 360 version of GTA V versus the Xbox One flavor, or the same game that's scaled to use more hardware power, e.g. a game running on PS4 versus PS4 Pro.

Sony suggests its new PlayStation 5 will be a full next-gen jump, and patents indicate the PS5 will be backward compatible with PS4 games.

The Avengers project is likely to launch alongside the suspected release of next-gen console hardware. While Square Enix has yet to confirm a date, the game, which should have online-based service elements that can be played for "years to come," should be a 2019 or even 2020 release.

"The Avengers project is being designed for gamers worldwide and will be packed with all the characters, environments, and iconic moments that have thrilled longtime fans of the franchise. Featuring a completely original story, it will introduce a universe gamers can play in for years to come."

Crystal Dynamics has made "tremendous progress" on the Avengers game, and opened a new studio to help develop the game. 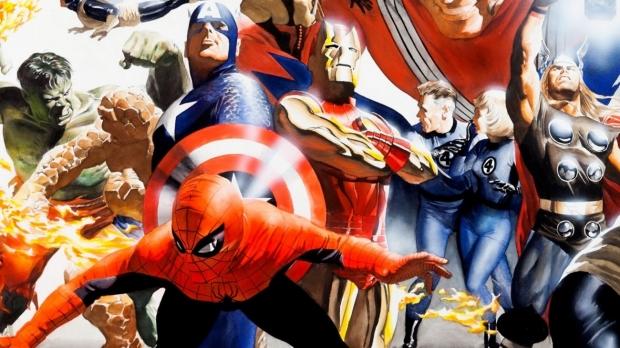