Crystal Dynamics has snagged a bunch of key industry developers to help build its Avengers project.

Marvel's recent deal with Square Enix is a pretty big deal: the Disney-owned titan has conscripted the Japanese games-maker for a multi-year slew of games, including a new Avengers game that players can "enjoy for years to come." The game has undoubtedly been in the works for a bit, and Crystal Dynamics, the team developing it, has acquired 15 new top industry vets to help fortify the project including former Naughty Dog Creative Director Shaun Escayg who joins The Avengers Project as Creative Director, and as Director of Production Stephen Barry, a 27 year veteran from EA/Visceral Games.

Armed with this new talent the developer has made "tremendous progress" on the Avengers game. "We're committed to delivering an incredible, completely original Avengers experience to our gamers, and that means we are always looking to add amazing developers to our existing best in class studio talent," said Scot Amos, Co-Head of Studio at Crystal Dynamics.

"As development progresses, our studio continues to grow. The tremendous progress we've made on The Avengers project further drives us toward our goal of crafting something all Marvel fans will be proud of, and will play for years to come. We can't wait to show you what we mean in the future."

Square Enix should announce more details about the Avengers game sometime this year, but it probably won't launch until 2019.

"The Avengers project is being designed for gamers worldwide and will be packed with all the characters, environments, and iconic moments that have thrilled longtime fans of the franchise. Featuring a completely original story, it will introduce a universe gamers can play in for years to come." 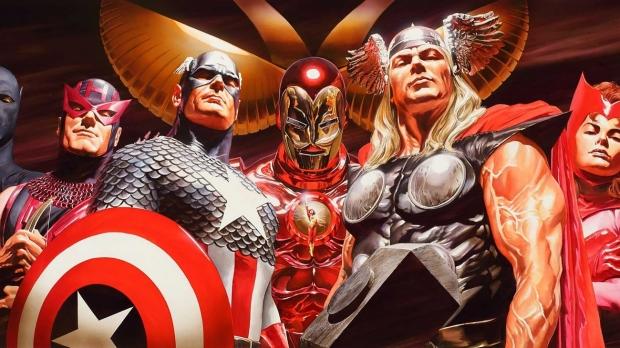