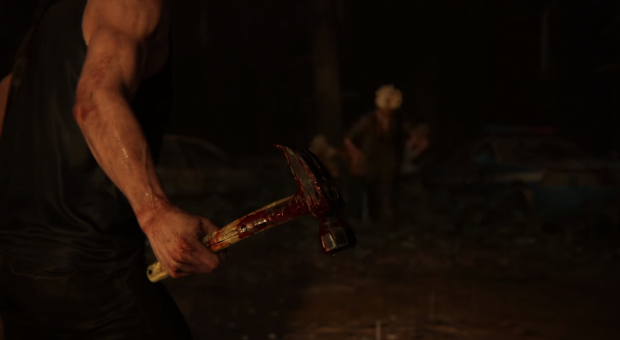 Like any console-maker, games are massively important to Sony's PlayStation business, especially when it comes to exclusives. At E3 2018, Sony will continue its long-standing tradition of showcasing tantalizing sizzle reels of juggernaut PS exclusive titles: the company announced its E3 press conference will revolve around four major headliners including Death Stranding, The Last of Us II, Marvel's Spider-Man, and Ghost of Tsushima.

I'm predicting that we should get a concrete release date for Death Stranding at the event, or at the very least a "2019" release window. We already know the game will launch "before the 2020 Olympics," and Kojima has said progress on Death Stranding is going quite well.

"In a rare break from tradition, we wanted to give you an early glimpse at what to expect heading into the Showcase on June 11. PlayStation's Worldwide Studios will be at E3 in full force to provide you with an exclusive look at four upcoming titles: Death Stranding from Kojima Productions, Ghost of Tsushima from Sucker Punch, Marvel's Spider-Man from Insomniac Games, and The Last of Us Part II from Naughty Dog," Sony Interactive Entertainment Chairman Shawn Layden said in the announcement.

"Of course, we'll have stellar announcements from third-party publishers and independent developers, who are all busy devising innovative new experiences that will make your heart race and your emotions soar - whether you're playing on PS4, PS4 Pro, or PS VR."