Death Stranding is progressing on schedule and should be ready for its scheduled release date.

In a recent interview on Portuguese TV show La Noite, Metal Gear Solid creator Hideo Kojima drops a few new details about Death Stranding, his new weird/bizarre action game. It's been a while since we've heard any tidbits about Death Stranding--we know that Kojima Productions is in full development mode on the game, and that it stars Mads Mikkelsen, Norman Reedus, and Guillermo del Toro (among a few others who haven't been revealed yet). But all in all it's somewhat mysterious.

Thanks to Reddit user Gonicalized who translated and transcribed the video, we know that Kojima divulged a few new details including the game is currently in a playable state, development is currently on schedule, and all of the motion capture scenes have been recorded. Kojima also says that the game is currently in its "details" phase, hinting that the core engine work might be at least halfway done, but he's constantly shifting details and thinking up new things to incorporate.

Here's what Hideo Kojima said during the episode of La Noite:

Interviewer: In what stage of development is the game currently in? Without giving much spoiler, I know it's super secret but everyone is craving for information about it, so what can you say to us?

Kojima: The game is already playable, it has all the characters, but I have to test it. I have to test it because I wanna make sure the game pleases everyone, and while I test it, I start to put the details. I'm still putting the details. It's like a movie where you edit it and cut and add something, I'm in that stage for my game.

Interviewer: You are talking about details, are you very meticulous and detail oriented?

Kojima: short laughs Yes, I'm VERY meticulous. But you can not only focus on the details, you have to think on everything else or the game will not be very good. A game maker is a bit anti-social because of that, you have to be focused all day.

Interviewer: You said you were only putting details right now so I though "It's going to take very long to make the game, can you launch it on time?"

Kojima: Yes, everything is going according to the plans.

Interviewer: One of the many things cool about this game are the very known actors involved in the project. That one for example is the one who plays Hannibal, the villain from 007: Casino Royale. His name is Mads Mikkelsen. What type of game is this? Do you have the notion that the fans after watching these trailers are craving for information about it and cannot wait to put their hands-on it?

Kojima: Just by the trailers, you can't know the type of game it is, what is it about. It is an action game on an open world. You can go pretty much everywhere and do what you want to do.

Interviewer: I've read on a magazine a discription for the game. Can you tell me if they got it right? Open quotation marks, "An action adventure, dark and surreal, in the near or alternative future, with ecological touches." Do you agree with this discription?

Kojima: Yes I agree with that. Yes, It has ecological subjects in it. You know, I've been making games 31 years by now and I can only see that games only focus on the stick, or pistol, to kill your enemy, and that's pretty much it. I want to archieve something different where you not only use the stick but you can use a rope and do different things. Of course you can still play with the stick but that will be optional and will be different from all games I've made. 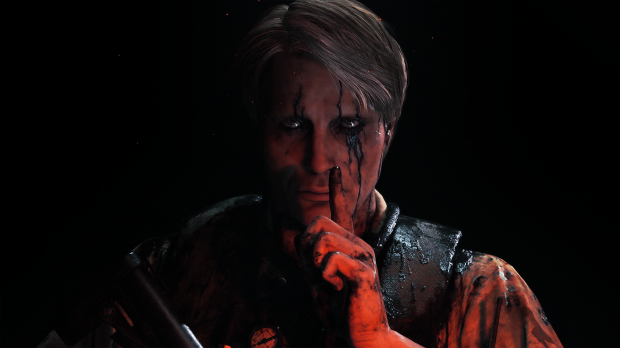