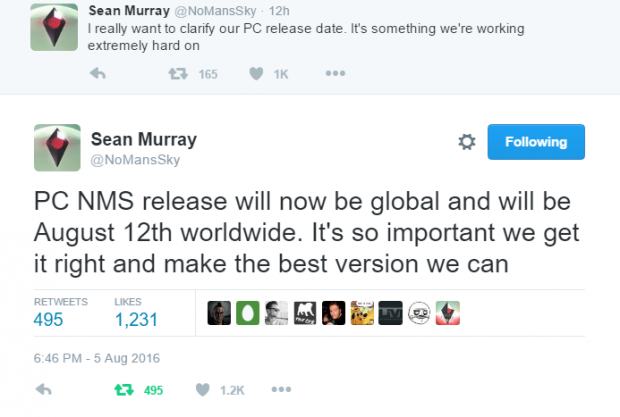 Since we already warned you guys about No Man's Sky's impending PC delay, this isn't exactly a surprise. Steam's listing for No Man's Sky now reads August 12 to reflect the new release date. Now Sean Murray has opened up about the situation on Twitter to reveal why the game was delayed a bit on PC, what's going on with the day one patch, leaked copies, and how he doesn't want anyone playing the pre-release version--even Kotaku and Polygon, who received an early copy from a store that broke street date.

There's been lots of confusion regarding No Man's Sky lately, but here's what you need to know (scroll down to see a big list of bugs/glitches that should be fixed in the final patched release): 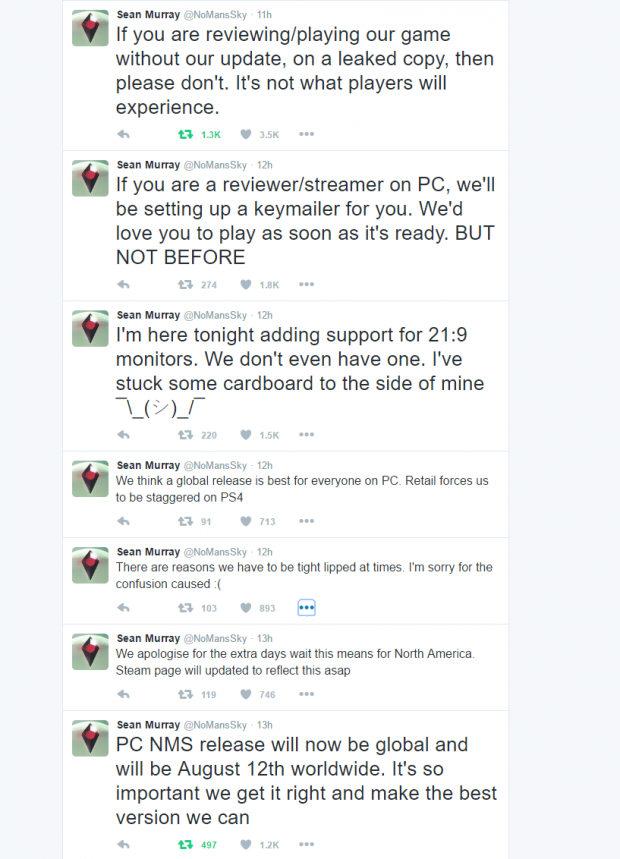