Thanks to delayed review copies and an awkward embargo, No Man's Sky review scores likely won't be ready until days after the game launches. We'll have plenty of livestreams though. 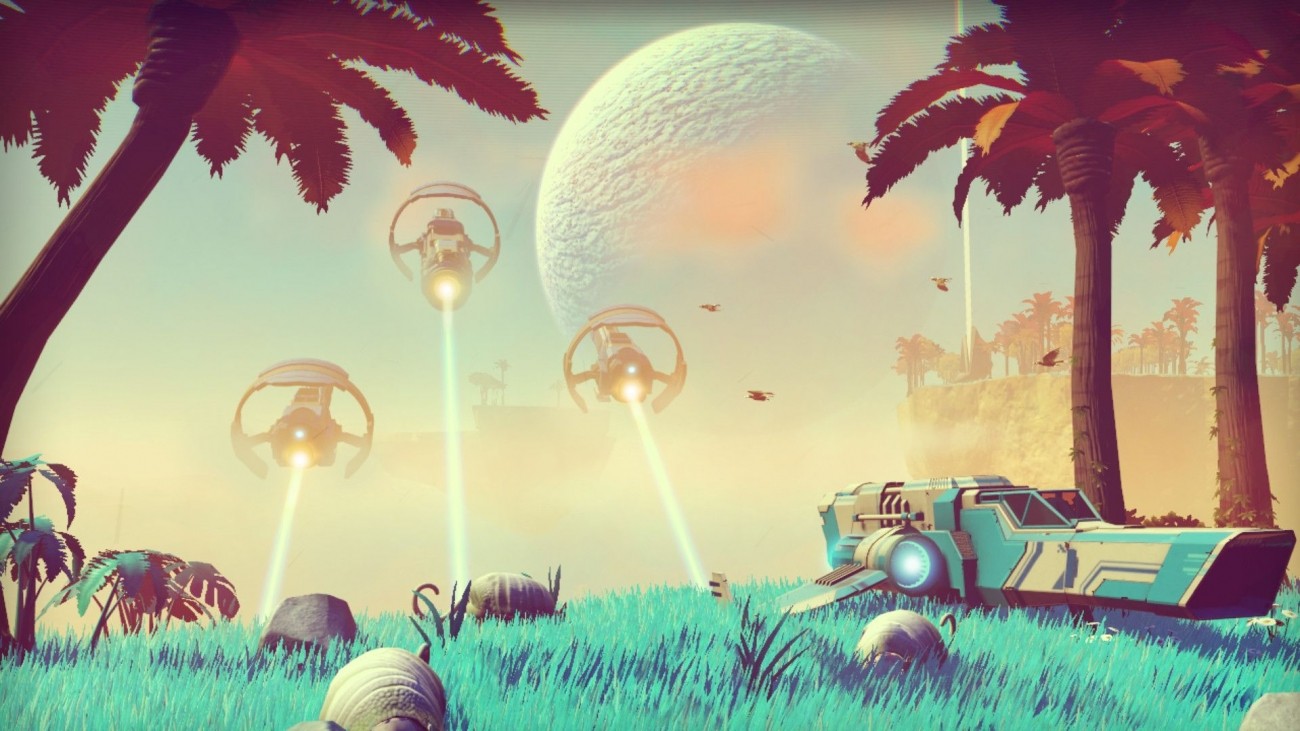 Review embargoes for No Man's Sky don't lift until August 8 at 11PM EST, just an hour before its release on PSN and Steam, and publications won't be receiving their review copies until Monday, August 8.

So don't expect anyone to have their review ready by the time the embargo lifts, and it might be as long as two to four days after No Man's Sky launches before we get an official review. Before you get too disappointed, I'm sure we'll see an incredible volume of livestreams to showcase the game in action.

Thanks to the flurry of leaked No Man's Sky content from a few gamers who received their copy early, gamers got an early look at what Hello Games' near-infinite interstellar indie had to offer. What they saw was troubling: glitches, bugs, poorly-designed mechanics, ugly texture pop-ins, and more un-optimized content. The biggest concern of them all was how one gamer successfully reached the center of the universe in less than 40 hours, despite Hello Games promising it'd take "hundreds of hours" to do so.

So what's the deal with the embargo? I'm thinking that the game's official day one update is the reason for the review copy delay.

Just mere days ahead of the game's launch, Hello Games has just recently finished up the first day one patch, which would optimize content, squash bugs, and likely fix the infamous Atlas Stone exploit. Essentially the day one patch could fix all the problems highlighted by the leakers, and render their experiences moot. 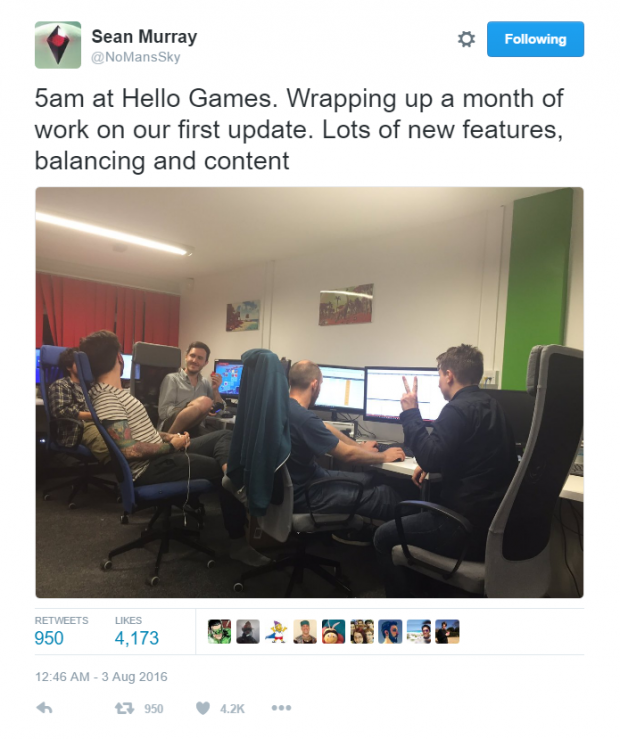 This, of course, means the game isn't exactly finished up in its current state and Sony Interactive Entertainment didn't want to give out review copies of an unfinished game.

Basically if Hello Games/Sony had given out review copies of No Man's Sky without the day one patch available, publications like GameSpot and IGN would be playing the exact same game as the leakers. So its quite obvious to see why review copies weren't handed out, especially given how much money Sony has pumped into the game and how much time Hello Games has spent on it.

Kotaku's Jason Schreier confirmed my suspicions a bit ago by saying: "Sony's reps, who have been handling marketing and PR duties for No Man's Sky, have informed reviewers that they're waiting on a 'pre-launch patch' before sending out codes."

To get an idea of how No Man's Sky is in its current unpatched state, here's what one of the main leakers Daymeeuhn had to say about his experience: