E3 2016 - On the heels of EA's major E3 press conference, the publisher outlines the future of its massive Star Wars games library in a neat timeline.

Now that EA wants to "release a new Star Wars game every year until 2020," all of EA's first-party studios are working on future Star Wars games: Motive, DICE, Visceral Games, Respawn, BioWare, Capital Games and Criterion are all working alongside LucasFilm to bring amazing Star Wars stories to the gaming world. Each future game is set in unique timelines and are all powered by DICE's Frostbite engine. With such a dream team medley of developers we know something special is cooking up, and EA didn't reveal exact details, but we did get a nice little tease of what each studio plans to offer.

We also got our first gameplay footage of Visceral's new action-based Star Wars adventure due out in 2018, which is set in a unique timeline and spins a"groundbreaking" narrative. Titanfall developer Respawn also promised that its third-person action-adventure game will "deliver the Star Wars awe like you've never seen before" Check below for a loose timeline of EA's future games.

December marks the 5th anniversary of Star Wars: The Old Republic, and BioWare plans to launch a ton of new content including story missions and much more for the MMORPG.

Battlefront 2 will release in 2017, and is being co-developed by EA's Motive studio and DICE. On stage EA's Jade Raymond promised that Battlefront 2 would deliver "everything fans have been asking for and more", so we should see a full-fledged campaign and everything that's missing from the first Battlefront. Also the sequel will tap the new Star Wars movies--probably only Rogue One and The Force Awakens--in new multiplayer and campaign missions.

Visceral's new action-based game will release this year, and is powered by the Frostbite engine. "I've been blown away by the level of collaboration between the Story Team at Lucasfilm and Amy Hennig and the team at Visceral as they create an original, authentic narrative in the Star Wars universe. It is an amazing example of how we're taking an already strong partnership to another level," Jade Raymond said in the update.

Respawn's new third-person action adventure game that sports a "different style of gameplay and takes place in a different timeline we've yet to explore with Star Wars titles" has been announced, and EA has "some other projects" in the pipeline as well. Remember EA has Star Wars games planned up until 2020, so that means there's still two major AAA titles that have yet to be revealed. 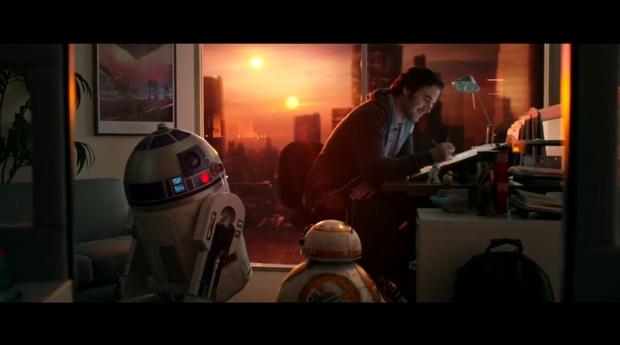