It's almost hard to believe that nearly a whole year has passed us by since my mid year roundup for 2009.

However, we must believe, because it means that much has been taking place in our great big wide world and to no lesser extent in the much-fabled world of audio. Which brings me to 2010; this has been a time of catch up I suppose for the multimedia audio industry.

As our love and demand of all things portable, silver and not entirely necessary (in a life and death sense) grows to unspeakable levels, the market for docks and headphones of innumerable different iterations come to fruition, as has been the tale to date in 2010. 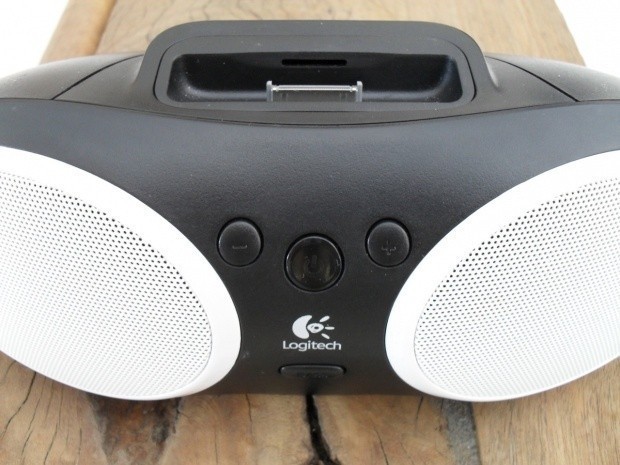 Logitech were the suppliers of the latest dock I covered and their entry faired respectably in most regards earlier in the year. If compactness and portability were your buying criteria, then this diminutively sized dock had your name all over it with results from the built-in speakers as well as general build quality being quite good, also.

The price was right and things were rosy for the year's first dock.

It makes quite good Xense

It's not all things you put in your ear that are iPod accessories, because just in time for the round up this year I have covered a new member of the Xonar family from industry heavy weights, ASUS. 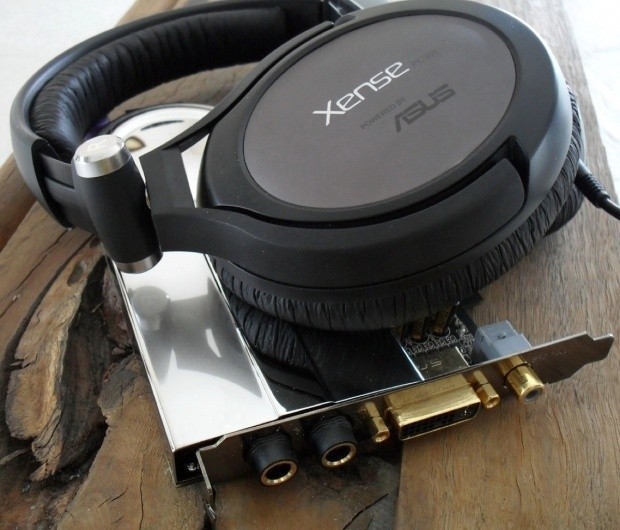 The article will have been published by the time you read this, but basically it's quite exciting, because if you remember back to my Xonar Essence review in the last year I was quite pleased about the new card they had built.

To put a long story short, the ASUS boffins have now taken the Essence and gone back to the drawing board with Sennheiser, this time to develop a headphone solution to accompany the enormously successful board.

It's impressive to see ASUS still holding onto the 'audiophile' sector where nearly everyone else has just about disbanded. 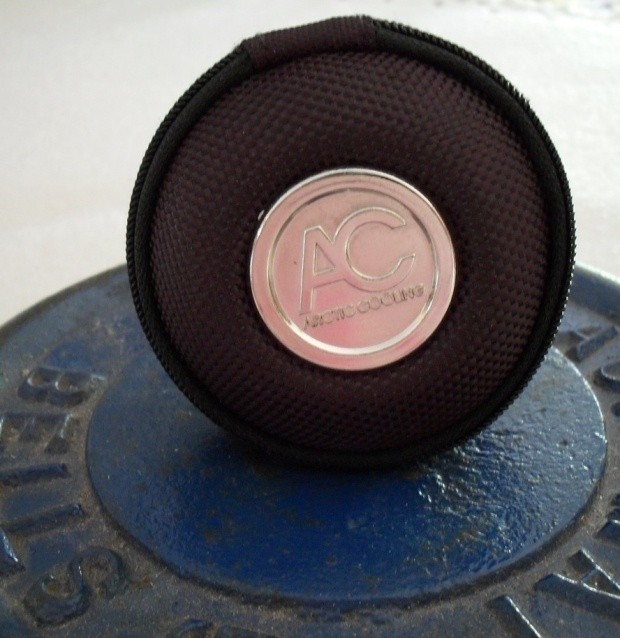 Other notables for 2010 so far have included not one, but two pairs of new ear bud headphones from cooling masters (no pun intended) Arctic Cooling out of Sweden, the land of cold noses.

The first set featured some rugged aluminum billet inserts for your ears combined with a tailored rubber bud to go on the end of each. 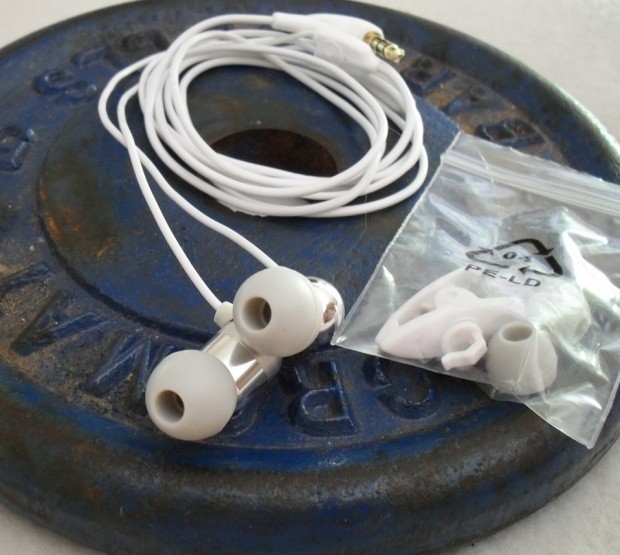 Basically, these are great; I use a set nearly every day. They sound fantastic and are under a hundred Australian dollars. 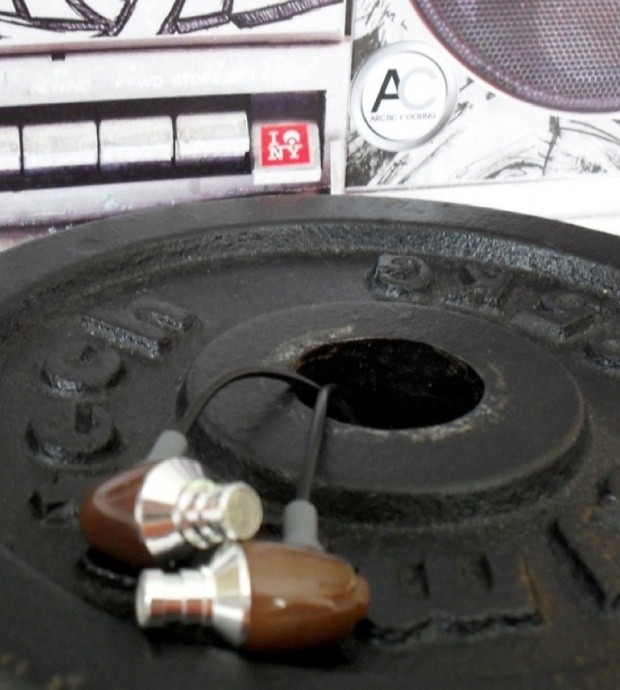 They also come in wood, which is a nice touch I thought. Having never tested any other wooden ear buds before, I had only their billet brother against which to make my appraisal.

After doing so, I found myself again rather impressed with what I found.

The other Halo hanging over us

Another interesting product this year came in the form of a pair of headphones called the "Halo Headphones", combining a sweatband with built-in speakers. 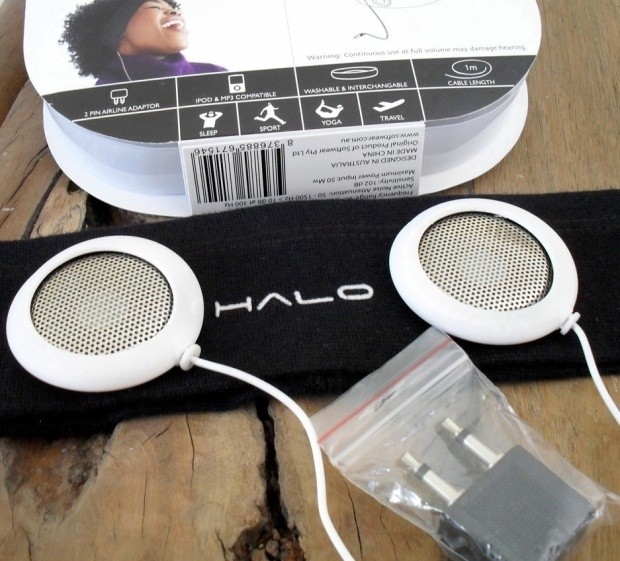 Yes, you don't have to ask; I'm absolutely sure the name was just a coincidence which merely happened to coincide with the most successful video game series by a length in recent times.

But the irony lies here in the intended purpose of the Halo headphones, which is to provide a solution for people who want to exercise. Certainly not something the people behind the shooter by the same name would approve of quickly, to be sure.

All in all, though, I found reasonable performance to lie within. And who can honestly not recommend something which has such a basic, simple and healthy design principle in mind; to be active, at least some of the time.

The future, should we choose to accept such a notion

Trends have shifted away from land based (anchored) technology in recent times, only accelerating this year into the waters of the personal and the portable.

At the moment the people want portable things for their active lives; there's no doubting that fact. Currently the industry is responding with specific product design and release.

But what does all this mean for the average Ron Snow right now? - Are we headed for a sci-fi future the likes of which no one bargained? - Where our daily lives are spent at the mercy of an armory of nano devices tethered to our midriffs? - I for one hope not, as much as I'm simply not ready nor prepared for such a thing.

For the mean time, though, I think we can safely say that we are going to be in an accessory slump of sorts with lots of companies shifting their priorities towards catering for an ever-increasing portable device market.

Right now my recommendation for a hardware-based soundcard would still lie with the Xonar line from ASUS.

When it comes to desktop speakers, things have gone eerily quiet, but I still give the nod to Logitech for the time being.

If you're looking for a good noiseless solution right now, I would point towards Arctic Cooling for their high-performance budget ear buds.

Towards the end of the year I will feature a final roundup for 2010, which will appear in TweakTown's summer buyers guide over the Christmas period, so stay tuned for that one.