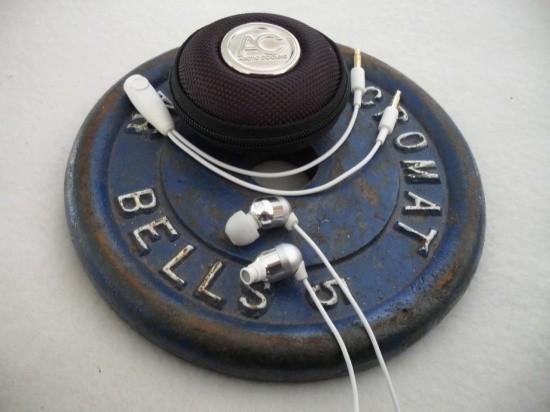 
Arctic Cooling is the parent company of Arctic Sound whom is responsible for the product I'm looking at today. Arctic Cooling is a Swiss company who specialize in a variety of innovative, high quality cooling products, which have a reputation for also being very quiet.

According to the company 'PR', the Arctic Cooling team consists of some very highly educated folk with business, technical and communication skills to boot. Perhaps even some of the country's watch making prowess may have washed over into the shores of Arctic 'land'.

With that said, though, the skills used to make things quiet and cold (something the Swiss are great at naturally) is not going to be what's called upon when designing a pair of high quality 'ear phones', But knowing the Swiss folk, their aim would no doubt be hair splitting accuracy, like any great Swiss time piece.

Let's move onward and see for ourselves if they've accomplished success. 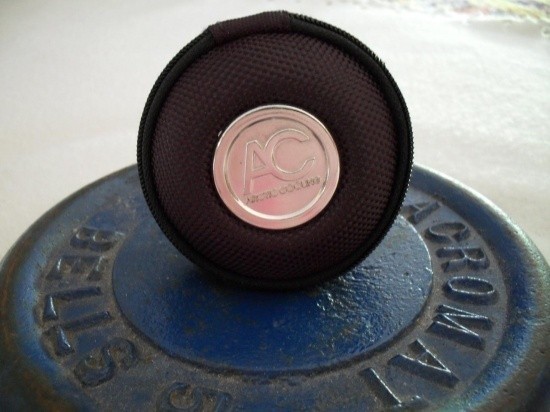 Right then, let's take a close look at the contents of the package and see what's included.

The package the E361-WM earphones come in is as you might expect, rather small and light. It's not a bad design with the silver colour choice obviously reflecting the extreme cold of it all over there. 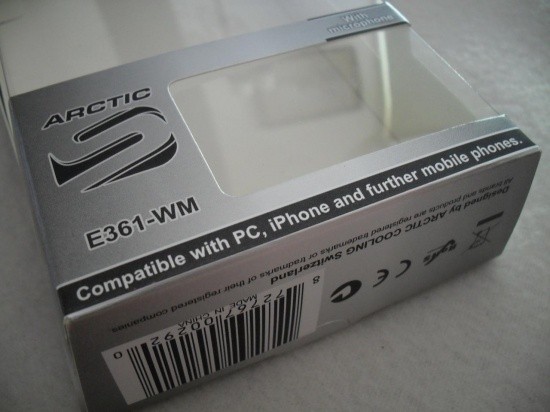 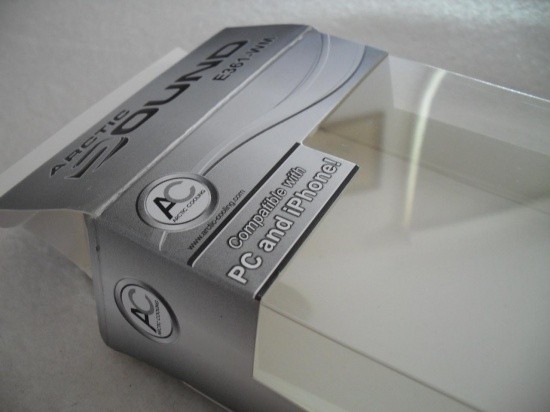 Peeling back the packaging reveals the ear phones themselves, along with a small black carry case for the long trips. Also included inside is a microphone splitter cable and a selection of rubber inserts for your ears, because the Swiss are aware that no two ear canals are the same. Now, tell me that's not the work of a; 'highly educated design team'.

The buyer will also receive a product manual covering every known language to man and a very small efficient looking sticker for their PC, which lets people know you're not going to overheat, but doesn't brag about it. 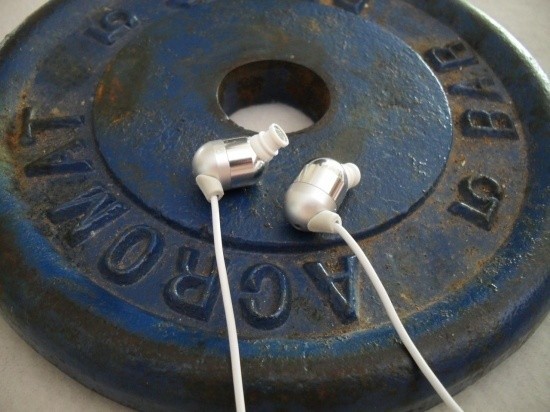 Some of the more note worthy features include large driver coils for more dynamic bass response, milled aluminum chassis for a perfect balance of high and low frequencies, plus three sets of silicone ear caps to give the buyer that tailored feeling. 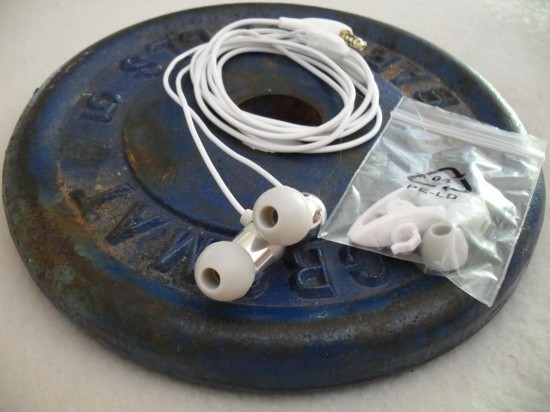 There's the use of gold plating on the plugs for the highest signal quality between devices connecting to one another. Also featured is compatibility with several of the large mobile phone brands out there. And finally, a two-year warranty, which is a nice touch, I feel. 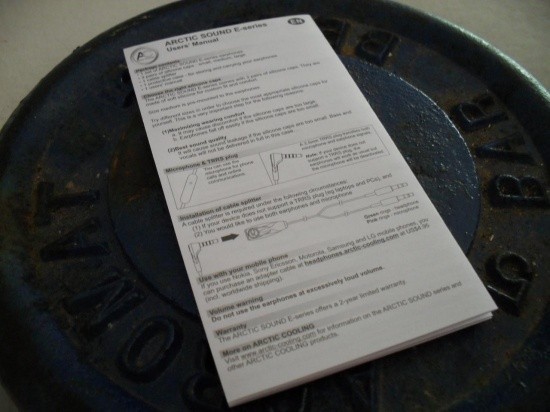 Glancing over the specifications quickly reveals, well, not much to be precise.

The range of frequencies being reproduced stretches optimistically into the 'canine hearing range' which has become standard practice for companies these days.

And the power output is measured in 'pigeon power' because they are designed for your ear canal and not a hall full of screaming Riff Raff. 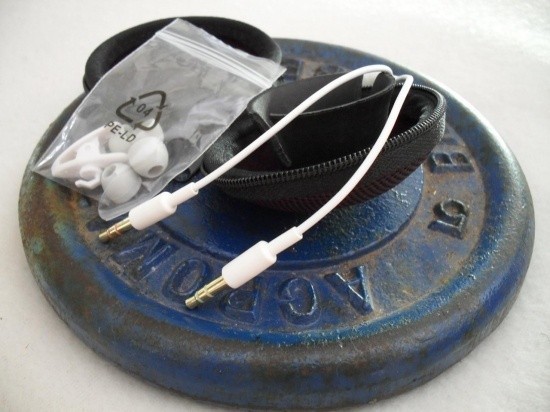 They are in fact very light as well, coming in at a ferret busting 5 grams. Obviously this is a good choice to go with the milled aluminum, because the plan to use lead would have never come off.

Anyway, let's move on from all this tomfoolery and find out how they actually sound.

When it comes time to start using these ear phones, there really is not a whole lot that has to be done in order to get them up and running, given their simple nature. 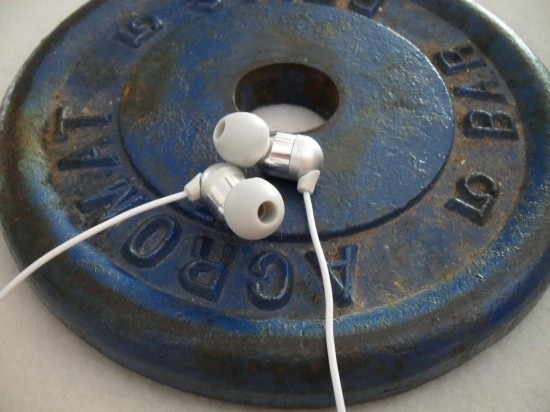 Once the ear phones have been removed from their package, it would probably be an ideal time to test fit some of the other silicone ear inserts to find out just how large (or small) the inside of your ear really is. 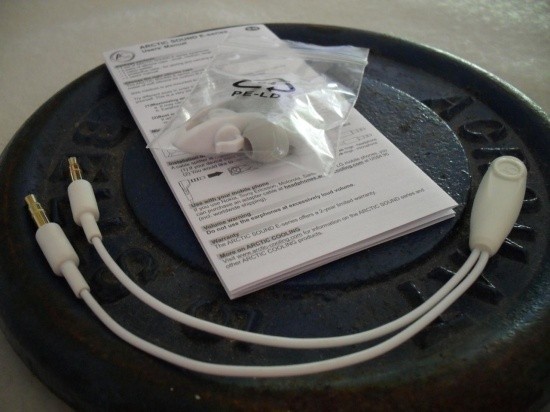 To begin with, the product comes fitted with the medium size, but why not take a moment to have a play with the different sizes provided and find the one that works best. Fitting the correct size to your ear will help block out unwanted external noise. 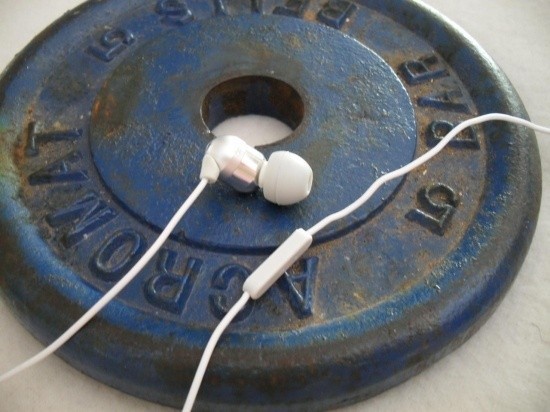 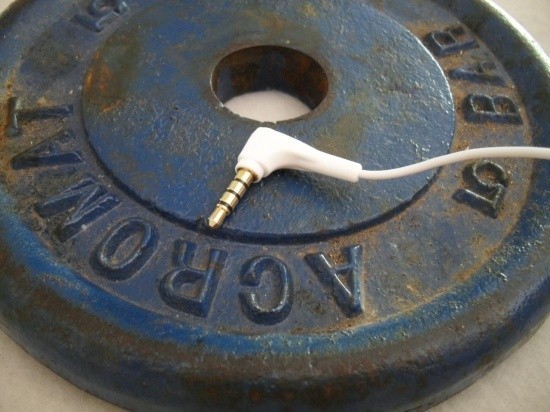 Next will be physically connecting the earphones to your system. The only thing I must warn you about here is the need to source an extension cable if they are to be used with a computer system rather than a mobile phone or a fruit based music device (Apple, iPod).

Unfortunately the cable provided with the system is unfathomably short, but I was saved during testing by my 'Steelseries Siberia' extension cable. Had it not been for the latter, I would have had to test with my head on the ground next to my case, which would have been just a bit less than fantastic. 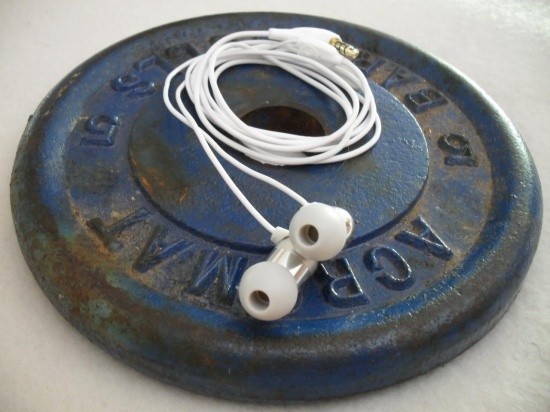 Now, if your wish to use the world's smallest microphone built into the cable of these earphones, you must install the provided splitter and then locate your system's Mic input.

When I say 'the world's smallest Mic', I'm probably only exaggerating a bit. Honestly, though, I spent some time confirming which model I had received for testing because it said the Mic was included, but for the life of me I could not see it until it caught my eye halfway down the cable like spotting a silver glint in a pile of what farmers sell in bail form. 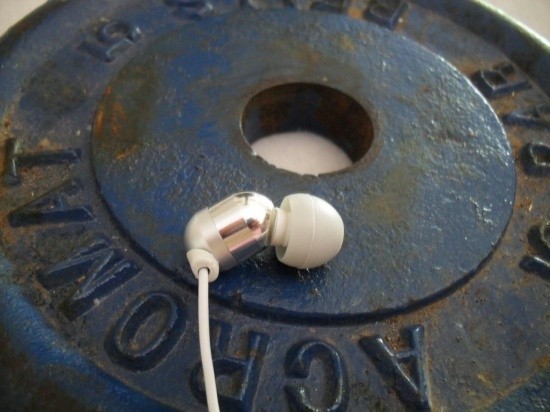 It's time now to find out how these things sound in the real world. 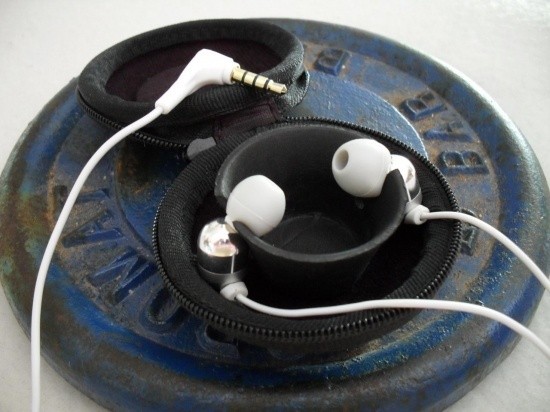 During my testing of the E361-WM I found the high-end reproduction to be an exact thing indeed. Another way I might say it would be truly enjoyable and not the least bit fatiguing like just about every other earphone I've tested.

The '361's' high end sort of sits there in the background where it needs to be and refuses to cause a commotion, no matter how much it's stirred.

I have no idea how Arctic Cooling pulled it off, because I could quite easily compare the high-end here to that of the very expensive Razor Megalodon, which uses a whole 'headphone' design to achieve this.

They just contradict every conception I have of earphones being an instant recipe for a headache. 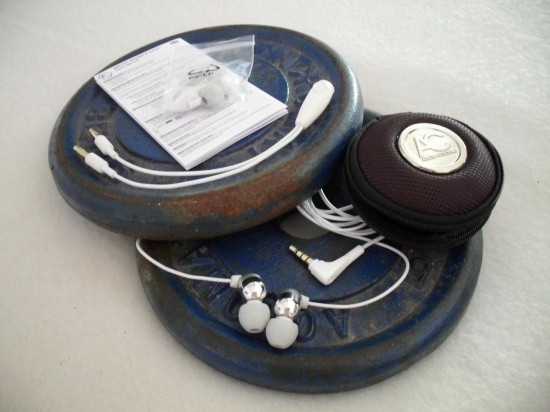 And I am not even up to the best part yet.

Again we have another strong point of the '361's' when discussing the mid range frequencies. And again, I make the comparison closely to the Razer unit in performance. There's that lovely warm timbre to the sound that just surprises me frankly... a lot. Not in the $400 Razor's, but in the tiny little '361's'.

Bass is an all-important factor with any sound system, whether it's being for a dedicated music system or multi-purpose home theater.

I like to save the best until last, and let me assure you this was worth waiting for.

Now, I have been known to get excited sometimes, perhaps even a little bit too excited, but you will simply not believe the low end that is achievable with these earphones. I have studied sound production and I have studied sound reproduction and frankly, I'm stumped by the low-end that's possible here; unless there is some sort of acoustic trickery going on behind the scenes, fooling the ear so to speak. But even so, it works and works fantastically. 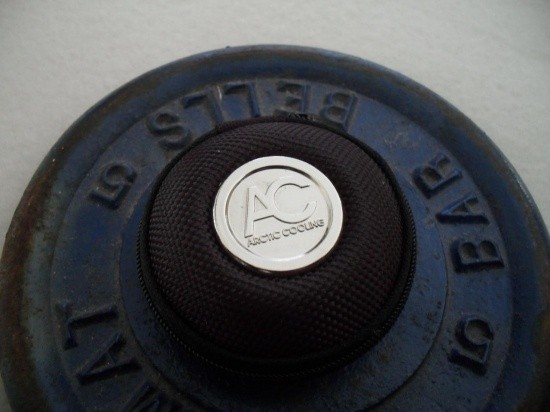 Now, I have tested quite a few different headphones, headsets and earphones over the years and the bass these little things I have here is capable of equaling them all, and I'm dead serious.

The best way of describing the low end is by saying it's akin to building an 8" subwoofer around your cranium.

A great effort by the Swiss 'techno boffin's'; how I do like surprises.

In terms of extra features, there is the world's smallest mic which I feel should be adequate for capturing the buyer's screams of 'mercy' as 'frag-a-lot' knocks you down for the one billionth time in COD.

The other nice feature is the inserts for your ears, which also allowed me to determine that by Swiss units of measurement, I have large ears.

The E361-WM is great little audio solution that packs a plethora of surprises into its diminutive stature.

I'm not too sure how much the Arctic Sound E361-WM will sell for; in fact, I cannot even find any articles on them currently, so I must have a pre-pre release sample. Either way, though, I can see them being good value even up to a hypothetical AUS $80-90, which is a LOT for earphones.

The audio quality, as I have mentioned earlier, is really impressive the moment you put them in to your ears. There really is not a whole lot to fault about their performance during testing. At no point did I feel a trickle of blood running down my ear lobe to indicate a tortured ear as has been the case before.

Rather, I could only feel the hairs on my neck bristle with delight at being awakened by the dulcet tones I was hearing.

My advice is when these get shipped to the public, grab a set and when you need a secondary option to your loud speakers; slip them in and enjoy.