This year to date has being an exciting one in the field of audio. With some all out new technology coming forward, there's also been some more of our old favorites with a new twist.

We are currently entering a phase where traditional products are being forced to make way for a new wave of technology in many areas. So what in fact are some of these new and exciting products I speak of? - Well, one of my favorites is an all new headphone technology allowing for a dedicated 5.1 speaker system to be located inside a pair of headphones.

I've also being pleased to see a powerful audiophile card from ASUS known as the Essence STX. This card offers the average consumer 'true' audiophile performance on a budget.

Also well worthy of mention is a turntable from AKAI with a difference, allowing users to digitally backup/restore their vinyl collections with one self contained unit.

Continuing this year, we have also seen a trend to offer as many channels of surround sound as possible, which in theory is not a terrible thing. However, it has led to bit of 'surround madness'. The result of this has been a dilution in quality products in many areas such as surround speaker systems.

Blu-ray, high data capacity/rate discs (if they ever get used to full capacity) will be able to actually bring in the next generation of native 7.1/8.1 channel soundtracks in movies and even concerts, as it is the next big leap forward like DVD was in the mid nineties.

However, it's going to be some time yet before these formats actually replace 5.1 as the format of choice for the average user based on a balance between price/performance. Space is almost certainly a concern also when it comes to finding a home for as many as nine different speakers.

Let's take a close look at the aforementioned headphone technology which is all new for '09.

Traditionally listening to surround sound on a pair of headphones meant allowing a set of software algorithms take charge of expanding the stereo signal artificially to come across to the listener as being actual 5.1 surround sound.

Well, not any more!

What we have seen this year is a couple of new products hit shelves which dare to be different; well, actually, radically different. And in doing so, they put algorithm based surround sound in headphones to rest for good, thankfully.

Replacing the old is a dedicated solution that connects just like a set of 5.1 speakers to your sound card. Yes, that's correct, headphones that are for all intents and purposes a set of dedicated surround speakers.

Let's now rewind quickly and take a look at a couple of answers given to me by one of the engineers from Psycho Headphones about this new technology they're spearheading.

TweakTown: What was your key motivation for designing a dedicated headphone solution that does not use software to create an artificial surround environment?

James Hildebrandt: The motivation started out to simply make a headphone that sounded like the game was happening in the room around you - the perfect room. I am a mechanical engineer and think in terms of the physics of sound so that leads to creating a physical surround sound system instead of a software or simulated based one.

TweakTown: Can you expand a little in simple terms; how the waveguide technology is used to direct individual channels of audio to the front and back of the users ears?

James Hildebrandt: In one sense it is exactly like a room system on your head.

Let's start by looking at how we perceive direction with a room system. When the left front speaker makes a sound it hits your left ear a bit before your right ear (by about 0.4ms). It is a bit louder in the left ear than the right. Those two elements let's you know the angle of the sound. But to tell if a sound is in front or behind you depends on how the sound flows past your ears and how it reflects around your outer ear.

Every angle around you creates a unique sound signal at your ear canal. Certain frequencies get amplified by the refection off your ear, certain frequencies get canceled. The amazing part is that everyone's ear shape is like their own fingerprint, so, that means the frequencies you use to detect sound direction is unique to you. 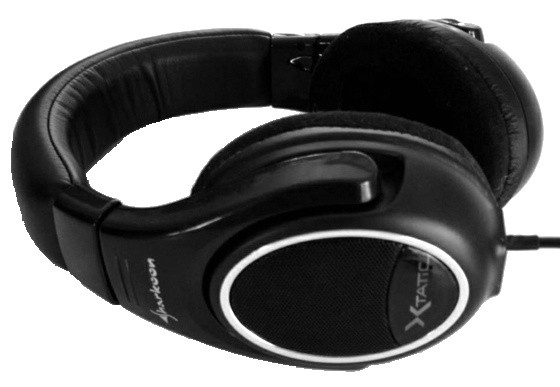 It's an interesting idea, isn't it? - I sure had a lot of fun talking with James Hildebrandt about the new technology.

Following my test schedule, I had been completely convinced that we had seen the end of mediocre surround on headphones once and for all.

I guess logically, the question now is, "Can the headphone market support a product or two dedicated to surround sound?" - I would say that it can and will quite comfortably.

Wireless technology, while certainly not being a new technology on its own, this year has managed to find some fresh legs in the audio realm.

Early in the year I took a look at a product from ASUS that takes the wireless premise to new heights.

What I found was very interesting indeed. While initially I felt the potential for top notch audio to be received 'wirelessly' to be quite limited due to the inherent nature of the technology, I was later surprised when I found that the signal being sent out of my system's USB port to the wireless headphones was indeed a quality one which had managed to capture quite a lot of the original signal and broadcast it out around my home.

For me personally this came as a surprise as I was not expecting wireless to carry over to the audio realm with much efficiency at all. But instead we now have a product that can accomplish this feat and quite well, too.

In a world that has become 'wirelessly de-sensitized', meaning we almost expect to see it nowadays, I think there will be a steady demand for more wireless gaming solutions and more wireless headsets to accommodate them.

So where does this latest development leave wireless technology? Well, in the audio sector at least I feel it has a place and even a future. While it will never be called 'audiophile', that doesn't mean it cannot continue to be useful as a technology for the masses.

So far this year there has been one standout product in the category of sound cards and that product was and is the Xonar Essence STX from ASUS.

Complementing their already beefy line-up of products wearing the Xonar badge, the Essence STX came out of the woodwork with gusto.

Targeting a niche market, if I'm being honest I think in many ways the Essence was a gamble for ASUS, but one which paid off big time. As I'm sure it would be the case now, the Essence STX and the Xonar line as a whole will have built a strong fan base for ASUS.

Sporting specifications more akin to what a professional might use, the STX trounced the competition in most areas. What made the Essence STX such a special thing in particular were the individually chosen components, namely the pre-amps and capacitors, along with the fastidiously designed and implemented analog signal path which became the back bone of the board's strength and performance.

Using the now famous X-Fi chipset from Creative Labs, smaller company Auzentech designed and built for it a board fit for a king, the X-Fi Prelude 7.1.

Delivering all the latest benefits of the X-Fi chipset, including the 24-bit crystallizer and high sample rates, Auzentech added a few extra goodies to the mix in order to extract every drop of latent performance out of the chipset.

While the Prelude did not pack quite the punch of the Essence, I still found it to be great performer and certainly something for Creative Labs to ponder over.

Speaker systems have not played a huge role this year with less new products of high quality and more and more systems coming out for portable music devices. 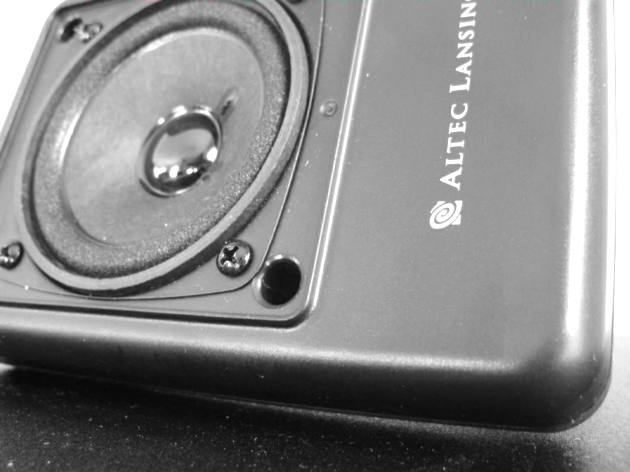 So far this year I have taken a look at a very nicely designed little 2.1 system from French company Hercules. While not offering seriously thunderous volume, it is a well built and sturdy little system that looks elegant and well...orange!

From what I can tell with regard to surround speaker systems at the moment, we are going to have to play the waiting game until standards settle down again and companies are confident in what they're designing their products to do in the new HD realm. 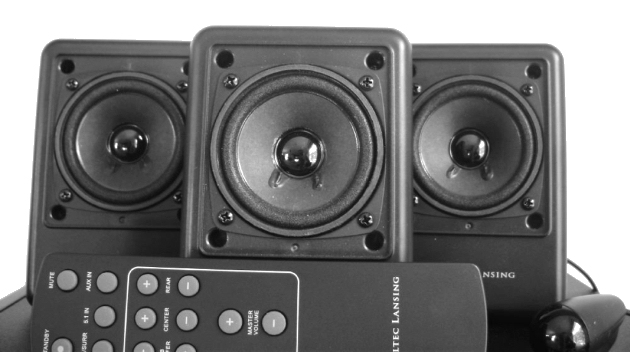 We are coasting in-between new standards taking their full affect currently, so there are plenty of gap filling products out there right now.

To date this year we have seen a great new technology emerging in headphones which is sure to be a huge hit. Keep an eye out for products from 'Psyko Audio Labs' as well as Sharkoon currently and later in the year.

Moving over to sound cards, ASUS has stunned everyone again with the Essence STX backing up an already strong line-up of sound cards in the Xonar range. Right now keep an eye on the Xonar line from ASUS and also on Auzentech who has done solid work with the X-Fi chipset from Creative.

Also noted is a continuing wireless presence in all facets of our daily lives, not forgotten with the release of a great wireless headset from ASUS which offered quality sound along with being able to listen/talk as you walk.

There are still good quality speaker systems out there, but they are mostly 5.1/2.1 or 2.0 at the moment, because those standards are currently a safe bet for manufacturers, especially with the iPod going stratospheric in recent times, creating an emerging demand for speaker 'docks'.

Watch out for imitators and save your cash if you can for what's to come in the next 12 months. If you must buy a set of speakers now, take at look at smaller safer bets like 2.1 or 2.0 systems. Look for Altec Lansing and Logitech for value, as always.

We are on the cusp of a whole new high definition era of 'home audio' emerging now and rightfully so; many people are waiting to see how it pans out before taking the plunge on new first-gen products.

Be patient and stick with companies you know you can trust and watch as several new exciting products begin to roll off the production line soon.