Tesla has been developing its highly anticipated Cybertruck since it was revealed back in 2019, and now Tesla CEO Elon Musk has revealed a new unique feature.

SpaceX and Tesla CEO Elon Musk has taken to his personal Twitter account to announce that Tesla's Cybertruck, that's currently in development, will have a level of waterproof that will enable it to serve as a boat briefly. This new feature, previously mentioned by Musk in 2020, where he said that the Cybertruck is able to "float for awhile", has seemingly been expanded upon and further developed as Musk is now stating that Cybertruck can temporarily double as a boat.

Musk explains in the above tweet that Cybertruck will be capable of traversing rivers, lakes, and even seas that "aren't too choppy", with the Tesla CEO further explaining that the new feature came from the requirement of Cybertruck being able to get from Starbase spaceport, located at Boca Chica, Texas to South Padre Island.

Without being too specific and assuming the approximate shortest distance possible, Musk claims that Cybertruck will seemingly be able to traverse the South Bay from SpaceX's Starbase production site to at least Isla Blanca Beach. However, no specifics were given on how long Cybertruck could serve as a temporary boat or its total travel distance on water. 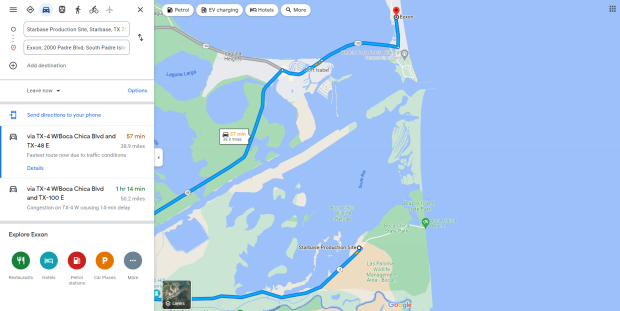 This isn't the first time Musk has made extremely large claims about the Tesla Cybertruck, as back in 2019, shortly after the Cybertruck's initial reveal, Musk tweeted that Cybertruck would be the "official truck of Mars" and that a special "pressurized edition" would be created and transported to the Red Planet via SpaceX's Starship launch vehicle.

Musk's latest estimation for when Cybertruck will go into production at Tesla is "sometime next year", with the Tesla CEO saying in July that the design for the vehicle is "locked" and that buyers will begin to receive their vehicles in the "middle of next year". As for the price of Tesla's highly anticipated electric vehicle, Musk changed the specifications and, in turn, the price of Cybertruck, with Musk saying during Tesla's 2022 shareholder meeting in August that the $39,900 price tag has changed in response to the unanticipated inflation.

"I think there's no way to have sort of anticipated quite the inflation that we've seen. But what I can say is that the Cybertruck will be one helluva product. It's going to be like a damn fine machine," said Musk.

In other Elon Musk news, the Tesla and SpaceX founder will be questioned under oath on why he decided to back out of the $44 billion acquisition to purchase Twitter. More on that story can be found below.