Cyberpunk 2077 is back in the limelight after a huge comeback story as CD Projekt RED shares new sales figures. 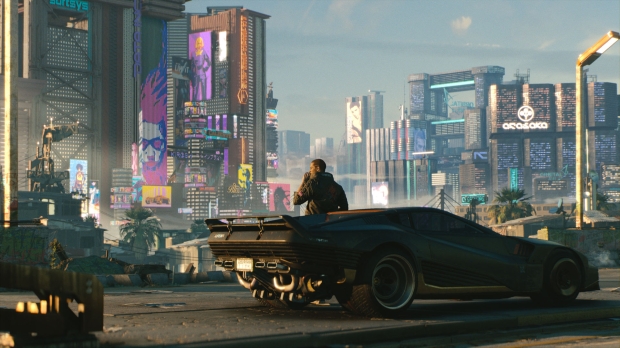 CD Projekt RED today announced that Cyberpunk 2077 has sold 20 million copies worldwide since its launch in December 2020. To put the number in perspective, that is half of The Witcher 3's lifetime sales of 40 million.

For even more perspective we can chart the game's overall sales rates from release to present. Cyberpunk 2077 sold an astronomical 13.7 million copies at launch, making it one of the best-selling games of the year, but sales dropped significantly thereafter when the game was pulled off of the PlayStation Store due to big performance issues. 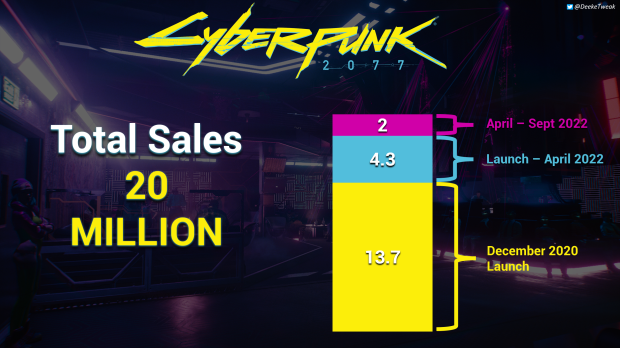 Cyberpunk 2077 managed to sell about 4.3 million copies in 2021 after the game re-appeared on the PlayStation Store, but it's worth noting most of the game's sales have been on PC. Based on the last sales figures that CD Projekt had provided, which showed Cyberpunk 2077 had sold 18 million+ copies as of April 2022, the game managed to sell about 2 million copies throughout the five-month period from April - September 2022.

For reference, bigger games like Grand Theft Auto V sell about 5 million copies per quarter, or every 3 months.

Cyberpunk 2077 has often been on sale for as low as $10 on consoles and gamers can receive a free upgrade to the PlayStation 5 and Xbox Series X/S versions. It's interesting to note the slower rate of purchases even when the game is on sale.

The game has received a hefty boost in both new and returning players on all platforms thanks to the recent Edgerunners Netflix show, which has caused a spike in Steam players.