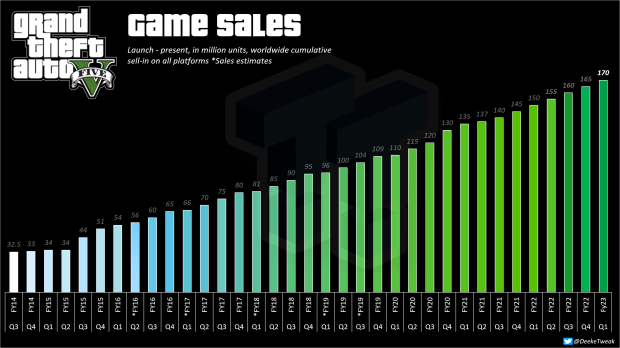 GTA V has sold copies than these entire franchises: 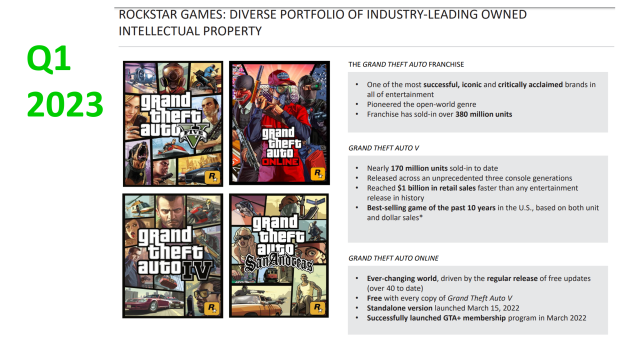 There's two noticeable trends that arise from this data: GTA V has sold 5 million copies per quarter for six quarters in a row, and the PS5/Xbox Series X/S re-releases have not boosted game sales.

It's also worth mentioning that the GTA trilogy remaster seems to have totally fizzled out in terms of sales. The trilogy remaster collection launched with a mighty 10 million units sold, but controversy has significantly affected continued sales of the game.

Rockstar Games will continue adding new GTA Online content to supplement GTA V as it works on the next major Grand Theft Auto game, which may release in its FY24 period.