The Witcher 3 is a sales revenue monster and has delivered its second-best sales throughout 2021. 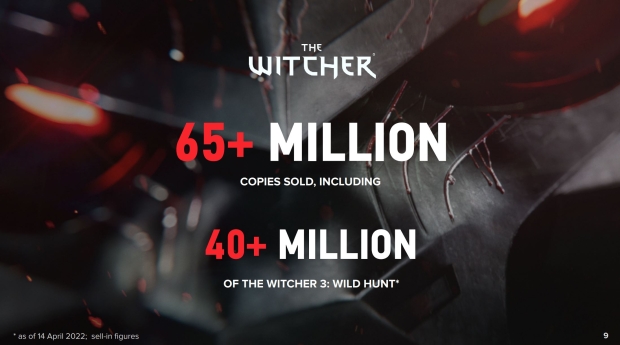 Today CD Projekt announced its 2021 earnings and updated a bunch of sales figures for its franchises. Cyberpunk 2077 is currently at 18 million+ and The Witcher series has sold over 65 million units to date since first launching 15 years ago.

The Witcher 3 is the overwhelming best-seller and remains one of CD Projekt's most important games of all time. The Witcher 3 has sold 40 million+ copies, accounting for over 61% of total franchise sales. The company says 2021 was the second-best year for The Witcher 3 sales since the game's launch in 2015, where it helped CDPR earn $119.5 million. 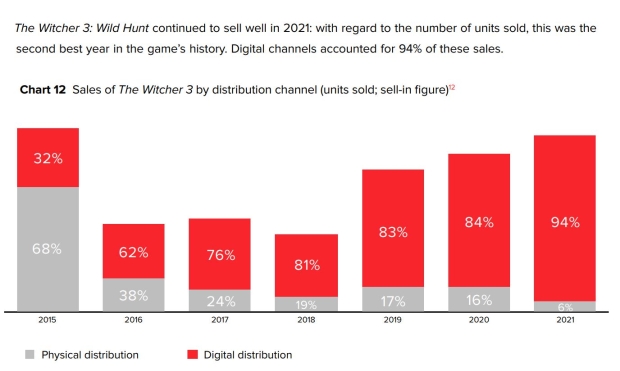 Digital sales of The Witcher 3 also surged throughout 2021, likely driven by game sales and discounts across all platforms and purchases made in anticipation of the next-gen version.

Speaking of the next-gen Witcher 3 re-release, CD Projekt RED has delayed the game indefinitely as it took over development from Saber Interactive's Russian-based branch. CDPR has supported Ukraine by halting sale of its games in Russia.

Witcher 3 sales are set to once again be revitalized with the incoming next-gen release of the game.