The life of John McAfee was a wild one, ramping up considerably towards the end until his "suicide" and now Netflix has greenlit a documentary on McAfee called "Running with the Devil: The Wild World of John McAfee".

Netflix's upcoming Running with the Devil: The Wild World of John McAfee will be produced by Reclaiming Amy producer Curious Films, and will feature hundreds of hours of previously unseen footage as well as "in-depth accounts from the people who knew him best" reports Deadline.

Running with the Devil: The Wild World of John McAfee will see us follow McAfee as he was travelling through the Belizean rainforest, across international borders, through the river and into the jungles of Guatemala, and into the Bahamas infamously on his boat that was loaded with guns, drugs, booze, and more as he was on the run from US authorities.

Dov Freedman, co-founder of Curious, said that the documentary was "10 years in the making" and described it as a "stranger-than-fiction story like no other, about a powerful man who lived his real life like it was a high-octane Hollywood movie". 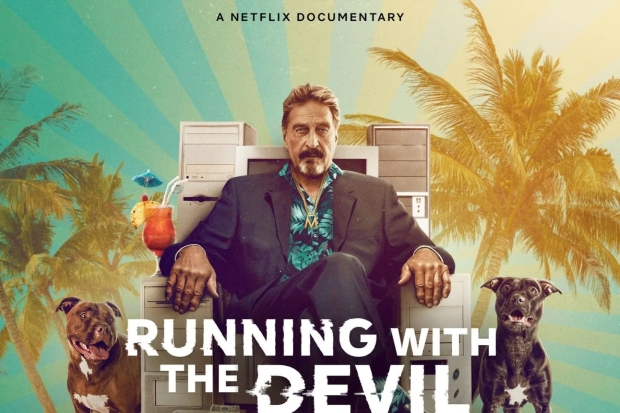