I don't think many people believe the narrative fed to us that John McAfee killed himself, and now even his wife Janice McAfee doesn't believe he took his own life.

Janice explained: "I do not accept the 'suicide' story that has been spread. Words cannot describe how enraged I am at the fact that I had to hear the news of John's death via a DM on Twitter. And now it's being conveniently reported that there was a 'suicide note' found in his pocket, something that was not mentioned when I collected John's belongings from the prison".

"I blame the US authorities for this tragedy. Because of these politically motivated charges against him, my husband is now dead. His last words to me were 'I love you and I will call you in the evening. Those words are not words of somebody who is suicidal".

The next day, Janice tweeted out that she wanted #JusticeForJohnMcAfee and that "there is clearly a cover up happening here concerning the events surrounding his death". Janice notes that she is still yet to have received the death certificate, the official autopsy report, or the official report from the Spanish prison.

She adds that she understands that "things take time but the lack of cooperation from the Spanish authorities only confirms our suspicious that they have something to hide".

Just a couple of days ago Janice tweeted, revealing that she has kinda seen -- and not seen -- John's body. In the tweet, Janice said: "Some have asked if I have been able to see John's body. Well the answer to this is yes and no. I was able to view John's head through a window at the facility where they are keeping him. His entire body from the neck down was covered with a sheet & blanket".

Kind of insane given how high profile McAfee is, there's no intervention by the US government or Biden administration, no help from the Spanish authorities, and the media seems to have glossed over the story and forgotten about it. 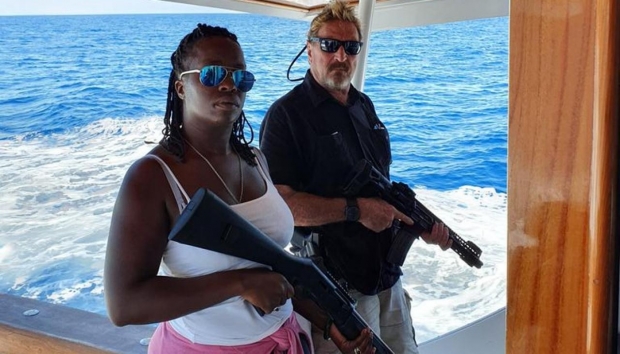