So by now, you've probably heard that John McAfee has died -- by suicide according to authorities, but minutes after the news went worldwide his Instagram account posted an image of the letter "Q". 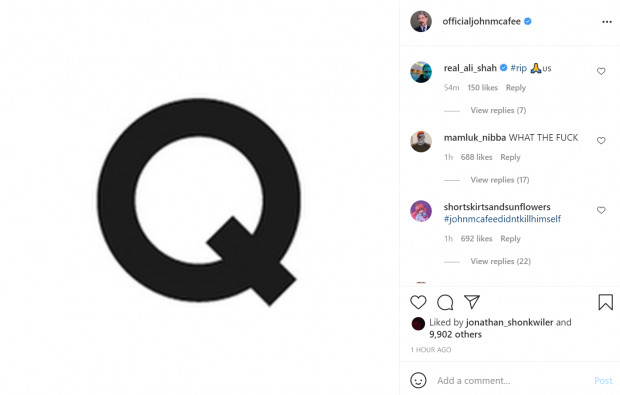 Why the letter Q? Well, one of the largest "conspiracy theories" of all time is Qanon -- and McAfee was no stranger of controversy, so this should come as no surprise. Q hasn't posted since earlier this year when President Biden began assuming his role, but the media has used the Qanon boogeyman ever since... and now out of nowhere, McAfee is dead and his Instagram account posts "Q" minutes after.

If you're not into Qanon at all -- it can be reduced into a high level team of people in the government with Q level clearance. They've been posting "drops" since 2017 on 4chan, and have gone radio silent since December 9, 2020. Since then, Q has been silent -- even through President Trump stepping out of the White House, and President Biden assuming office.

I'm sure things are going to get a little more interesting from here, now that McAfee is supposedly dead, and his social media team are now posting "Q" -- I'd dare say something is up. 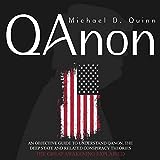 QAnon: An Objective Guide to Understand QAnon, the Deep State