Intel will be launching its new Arc A-Series desktop graphics cards later this year, with many leaks and now official teases and confirmations from the Intel GPU team in the last week... now, we have news on the Intel Arc desktop GPU pricing. 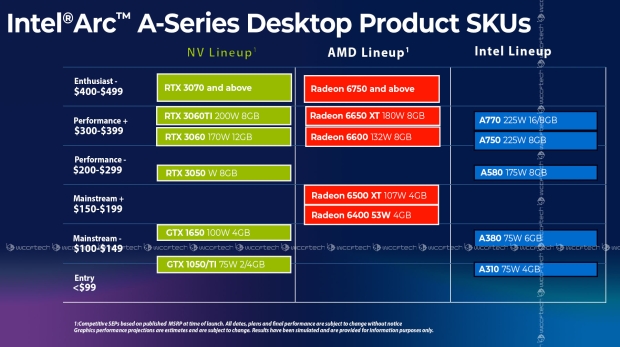 The folks over at Wccftech have now leaked the pricing on the new Intel Arc GPUs will be led by the Arc A770 graphics card that Intel says will be priced at up to $399, which will be for the 16GB GDDR6 variant, leaving an 8GB GDDR6 variant to be even cheaper. Intel has reportedly been showing this chart with their major Taiwanese partners (think the likes of ASUS, GIGABYTE, MSI, etc) according to the leaks. 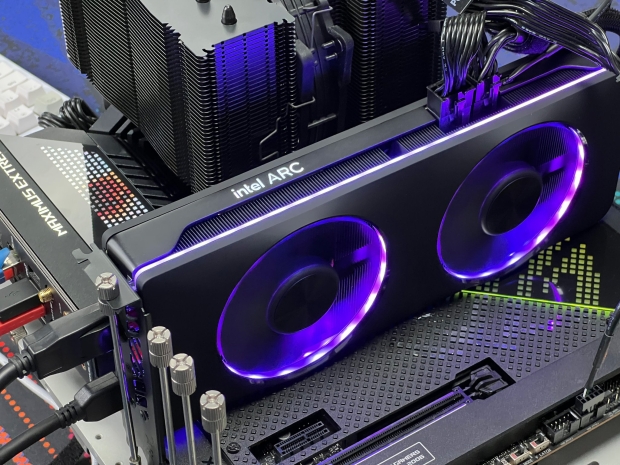 Intel thinks the enthusiast GPU market is at $400 to $499 which is pure insanity, when NVIDIA utterly, utterly crushes what Intel hasn't even released yet with its previous-gen GeForce RTX 3090 Ti, let alone the next-gen GeForce RTX 40 series GPUs.