We all knew it would be like this, but it seems like the Intel GPU launch is a mess... now that we're weeks away from the end of the year, and thus so very close to CES 2022 and we still know nothing about the launch of Intel's first graphics card in two decades.

Well, we do know a lot of stuff through leaks and not Intel directly... but the launch of Intel's new Arc Alchemist is a mess. Intel has confirmed it will be launching its GPUs in Q1 2022, but other than that there's nothing concrete. But according to Tom @ Moore's Law is Dead, mass production of Intel DG2 GPUs hasn't even started yet... and on top of that, pre-production (qualification) samples aren't shipping to AIB partners until January, over a month away.

Throw in the holidays, and then Chinese New Year...

Intel will be launching a slew of next-gen laptops packing new Alder Lake-P processors, as well as DG2 GPU designs in the form of Intel Arc Alchemist inside of those new laptops. But, it seems that if Intel and its laptop partners reveal their new laptops, they'll still be many weeks or even months away from being in our hands. 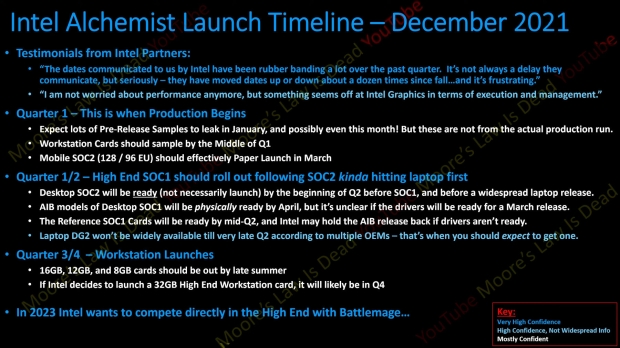 In his new video, Tom says that an Intel partner source of his said: "The dates communicated to us by Intel have been rubber banding a lot over the past quarter. It's not always a delay they communicate, but seriously - they have moved dates up or down about a dozen times since fall... and it's frustrating".

Another source said: "I am not worried about performance anymore, but something seems off at Intel Graphics in terms of execution and management". 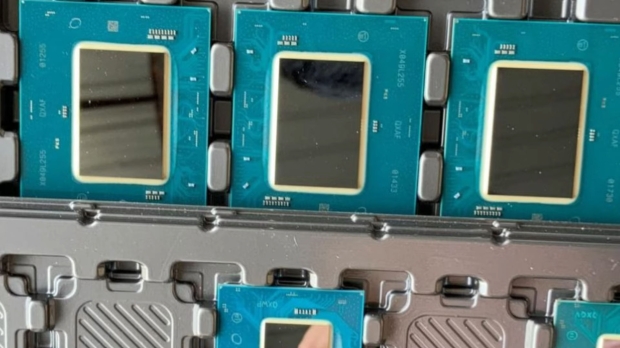 As for what to expect from the flagship Intel Arc Alchemist GPU with its DG2 GPU and 512 Execution Units and up to 16GB of GDDR6, with Intel aiming squarely at NVIDIA and its GeForce RTX 3070 Ti, and RTX 3070 on the desktop as well as the RTX 3080, and RTX 3070 on laptop.

Intel will be putting a heavy focus on its entry-level Arc GPUs, which aren't markets heavily targeted by AMD and Intel, and will probably give Intel a leg up on those important GPU market share numbers. MLID also states that Intel's new Arc Alchemist GPUs will arrive with up to 32GB of VRAM, and should be here before NVIDIA launches its next-gen Ada Lovelace-based workstation GPUs. 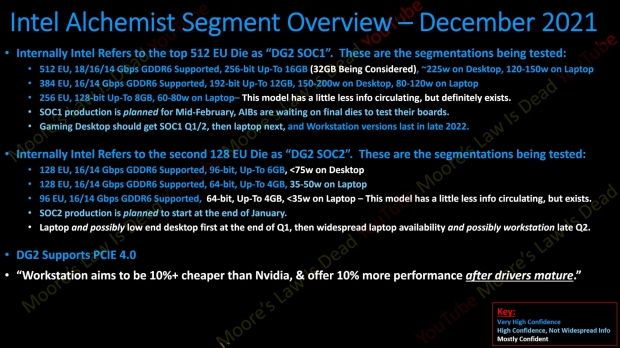 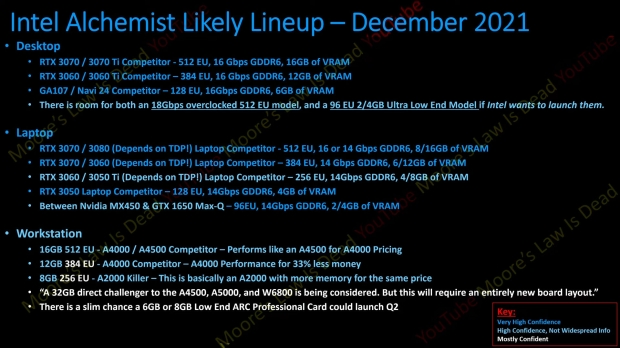