Elon Musk has picked up quite a bit of heat lately following his purchase of Twitter and leaked text messages between him and Microsoft founder Bill Gates.

Despite the controversy and contentious arguments that can be made with the purchase of Twitter, Musk has picked up an even bigger unreasonable problem. Posting to his personal Twitter account, the Tesla and SpaceX CEO revealed a message that was sent to Russian media outlets from Roscosmos chief Dmitry Rogozin that condemns Musk for sending Starlink satellites over Ukraine.

The short message states that based on Russian information, the delivery of Starlink satellites was carried out by the Pentagon. As a result, Elon Musk is "involved in supplying the fascist forces in Ukraine with military communication equipment. And for this, Elon, you will be held accountable like an adult - no matter how much you'll play the fool." Musk wrote in the caption, "The word "Nazi" doesn't mean what he seems to think it does."

Read more: Elon Musk will be the owner and CEO of Twitter, taking on all the heat 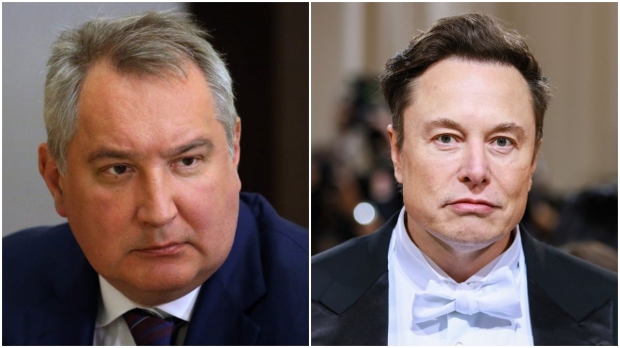