NVIDIA's next-gen Hopper H100 SXM has been spotted in the flesh, and until now... we've only seen renders, so this is the first real pics of the H100 GPU. 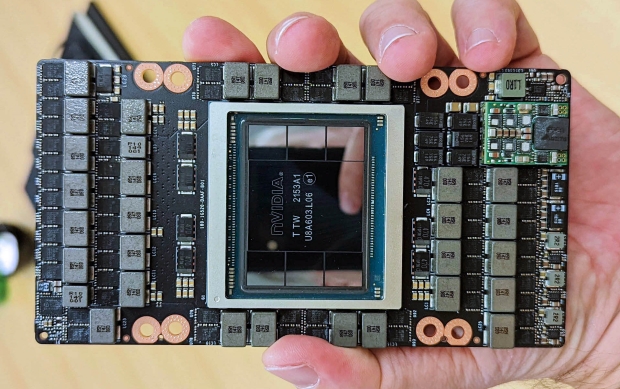 The next-gen Hopper H100 SXM GPU was pictured in the flesh by Patrick Kennedy from ServeTheHome, with a device with a board model of "PG520". Inside, the NVIDIA H100 GPU is using TSMC's very latest CoWoS packaging technology, with a huge 814mm2 H100 GPU die with 6 memory modules around it: 80GB of ultra-fast HBM3 memory to be exact. 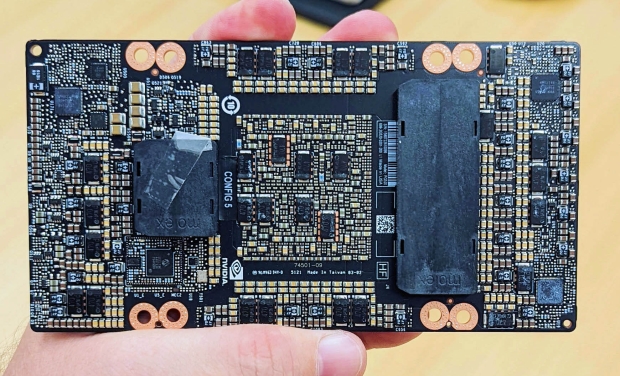 We're looking at power consumption numbers of up to 700W, which is a big upgrade over the previous Ampere and Volta GPU architectures in data center GPU form: they use 400-450W, meaning H100 uses up to 250-300W more power.