NVIDIA first announced its next-gen H100 Hopper GPU at GTC 2022 (GPU Technology Conference) earlier this year, its next-gen GPU is built on the new 4nm process node at TSMC and rocking a huge 80 billion transistors. Well, that next-gen GPU is now for sale... and it'll cost ya.

Japanese HPC retailer GDEP Advance has the NVIDIA H100 GPU listed for sale, which costs a whopping 4,745,950 yen (or around $36,550) which includes taxes and shipping: the card on its own costs 4,313,000 yen (around $33,200). This is also for the PCIe-based model with passive cooling for server enclosures, so the price of other SKUs is unknown at this point.

As for the NVIDIA H100 GPU, it's based on the new Hopper GPU architecture with NVIDIA using TSMC's 4nm process technology and packing 80 billion transistor into 814mm2 of silicon. The PCIe-based version of the NVIDIA H100 rocks 80GB of HBM2e memory with 2TB/sec of memory bandwidth, rocking on the PCIe 5.0 x16 connector. 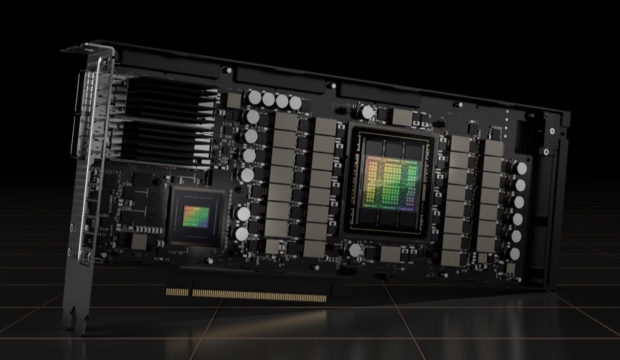