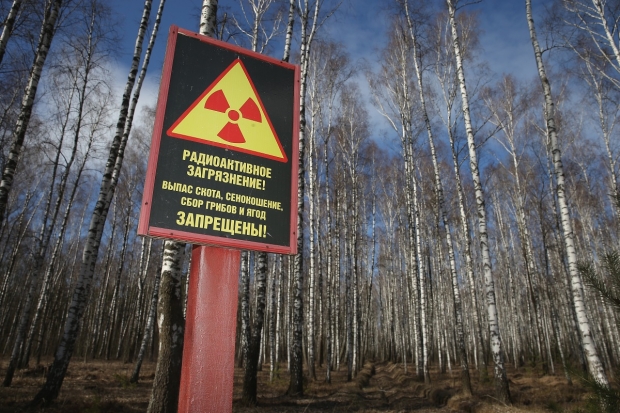 Within the first couple of weeks of Russia's invasion into Ukraine, the Kremlin's forces took the Chernobyl nuclear power plant that has been abandoned since the catastrophic disaster that happened in 1986. Ukrainian officials claimed that Russian soldiers weren't wearing the correct protective equipment and entered the dangerous Red Forest that contains radioactive soil. These claims were later backed up by drone footage that showed Russian had dug trenches near the nuclear site.

Recently Ukrainian forces took back Chernobyl after Russia backed out of the region and has now moved onto eastern Ukraine. According to a report from CNN, Ukrainian officials are now detecting radioactive material all over the nuclear site, and according to soldiers at the site, when the Russian forces went into the Red Forest, they brought back radioactive material on their shoes and tracked it all throughout the plant, causing radiation levels to be increased. Furthermore, the soldier said that Russian soldiers would have taken radioactive dust with them when they left.