Multiple reports, along with statements from Ukrainian officials, revealed that the Ukrainian flag had been raised at the abandoned nuclear power plant. The retreat from Russia follows numerous statements from various sources that multiple Russian military troops suffered radiation poisoning after walking through the forbidden red forest and digging trenches in radioactive soil without protective equipment.

Notably, the surrounding forest area recently caught on fire, causing radioactive dust to stir up and float up into the atmosphere. Furthermore, the Chernobyl acting director Valery Seida recently told Reuters that inhaling the dust is "likely to cause internal radiation in their bodies." Now, a video captured by a drone has shown trenches dug into the soil around the abandoned power plant, providing more evidence that suggests Russian troops have been exposed to radiation. 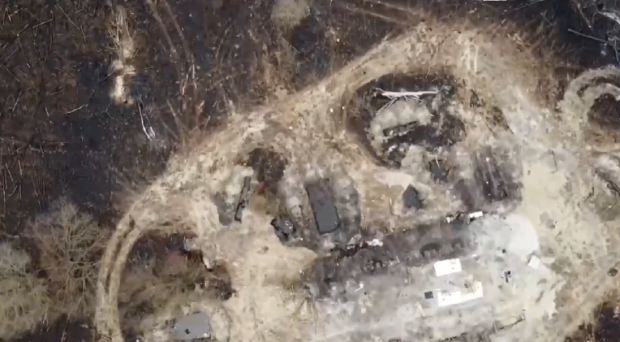