It's been a couple of hot weeks of rumors and news about Intel's new Arc Alchemist family of GPUs, with Tom @ Moore's Law is Dead has unveiled new details about the Intel DG2-128EU GPU. 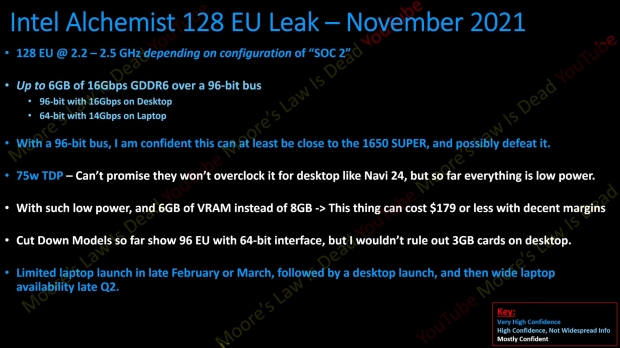 We should see Intel's new DG2-128EU GPU in desktop form with the Arc Alchemist, so expect 6GB of GDDR6 memory and a 96-bit memory bus. This beats out previous rumors of a 64-bit memory bus, but Tom also notes that we could see a 4GB GDDR6 variant, as well as a 64-bit mobile Arc Alchemist SKU in the future.

Tom expects the DG2-128EU GPU will have GPU clocks of between 2.2GHz and 2.5GHz, with a 75W TDP while Tom "can't promise they won't overclock it for desktop like Navi 24, but so far everything is low power". With the notes on power consumption, Tom continues: "with such low power, and 6GB of VRAM instead of 8GB, this thing can cost $179 or less with decent margins". 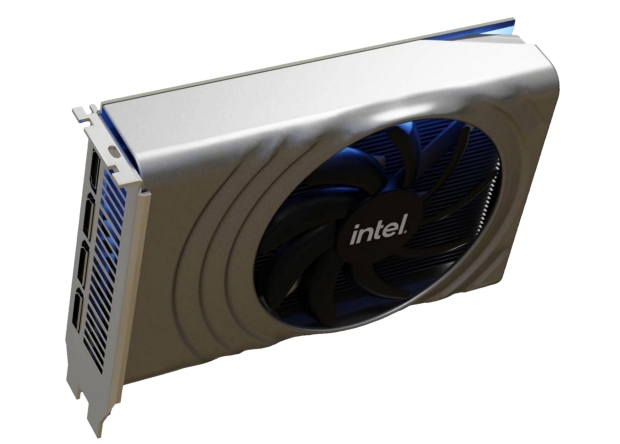