Intel will have multiple of its ARC Alchemist series graphics cards next year, with Tom from Moore's Law is Dead giving us some more rumors to nibble on. 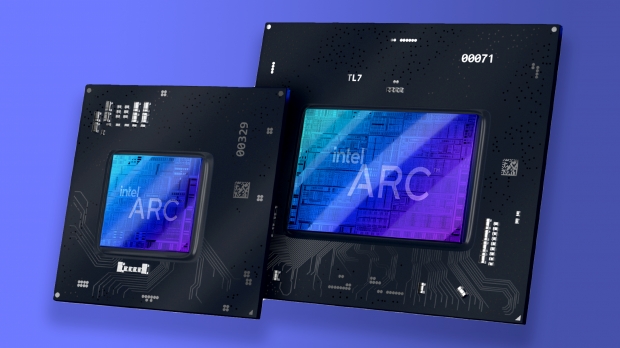 MLID is reporting that there will be at least 3 different Intel ARC Alchemist GPUs launching next year: one with 512 EUs, another with 384 EUs, and another with 128 EUs -- EUs being Execution Units. Each of the cards should have varying levels of GDDR6 memory.

The high-end Intel ARC Alchemist with 512 EUs will reportedly have 16GB of GDDR6 memory at 16Gbps, although we could see this ramped up to 18Gbps but this hasn't been confirmed yet. Board power-wise we're looking at this card requiring 8+6-pin PCIe power connectors and a 225W TDP.

Intel's next ARC card will have 384 EUs and just 8GB of GDDR6 memory on the same 256-bit memory bus, and while we're here there is a 448 EU model of the ARC Alchemist that Intel has sampled to partners but we don't know if that'll make it to us, the consumers.

There's also another Intel ARC Alchemist SKU that will roll out as an entry-level part with the DG2-128EU GPU and would compete with the likes of the GeForce GTX 1650 series. This SKU would have 128 EUs, 8GB of GDDR6 memory and a 75W TDP.