Intel has just teased the first official artwork for its ARC Alchemist gaming graphics cards, teasing the artwork with our friends over at HotHardware. Check it out: 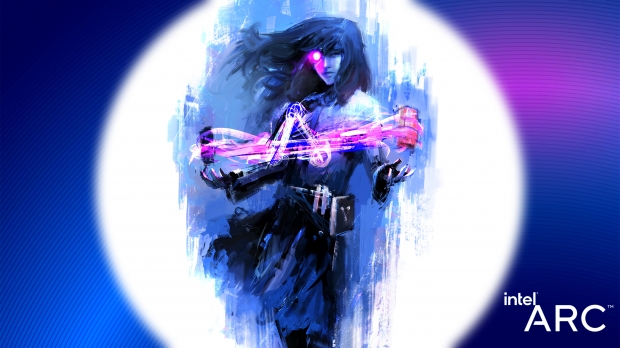 Intel Alchemist is the codename of Intel's first Xe-HPG gaming architecture, with the Alchemist being one of the characters from tabletop role-playing and RPG games. HotHardware explains the Alchemist: "Alchemists rely on their intuition and knowledge of potions and metallurgy to craft powerful enhancers from simple elements, herbs, and other crafting materials, and play a support role in just about every game in which they're found".

Better yet, in Final Fantasy XIV the Alchemist is pretty much me IRL... the alchemist are "typically reclusive loners who tinker away in their homes and laboratories endlessly". Sounds not just like me, but most of the tech review community who love playing and tinkering with GPUs... like the team that Raja Koduri has built inside of Intel. In Final Fantasy XIV, the alchemist creates potions you can consume -- and for your party in the game, as well as wands for the magic characters.

Intel's new ARC Alchemist is just the first Xe-HPG GPU, but then we'll get Xe2 HPG aka Battlemage, and then Celestial and Druid will arrive in the years after Alchemist and Battlemage. Those GPUs will be the ones that will battle AMD's next-gen RDNA 3-powered Radeon RX 7000 series graphics cards, and NVIDIA's upcoming Ada Lovelace-powered GeForce RTX 40 series graphics cards.