Intel's next-gen Sapphire Rapid-X architecture isn't far away with the new HEDT platform, which will be made on the new Intel 7 node.

According to the very latest rumors from Tom @ Moore's Law is Dead, we're to expect up to 56 cores and 112 threads of CPU power and DDR5 RAM + PCIe 5.0 support. We are to expect an edition of Sapphire Rapids that will rock super-fast HBM2e memory and a nifty new Ponte Vecchio GPU for the new Aurora supercomputer.

The new rumor from MLID teases that Intel is actually going to drop the Core-X branding with Sapphire Rapids, and launch it as the new Xeon Workstation family of processors. With up to 56 cores, 112 threads, 8-channel DDR5 support, 350W of TDP, and an insane 112 x PCIe 5.0 lanes... Intel is back. 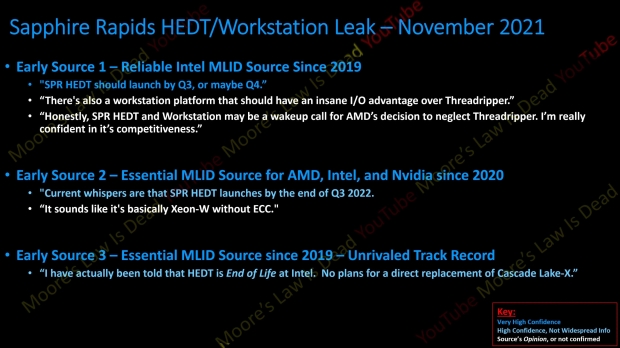 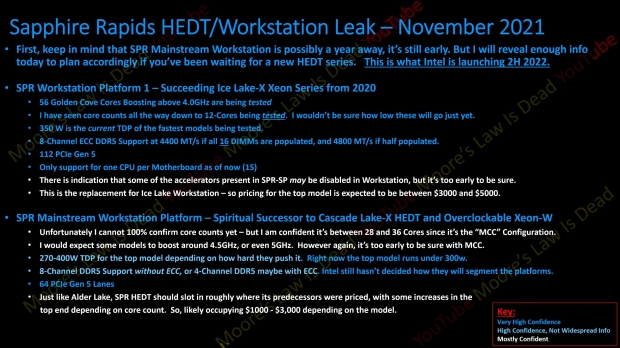 This could see Intel still offer 4-channel or 8-channel DDR5 RAM and drop down to (but still a huge) 64 x PCIe 5.0 lanes, which would be more than enough to compete with AMD and its HEDT platform with Ryzen Threadripper and Ryzen Threadripper PRO.

We should expect to see Intel launch its new Sapphire Rapids CPUs in 2022.