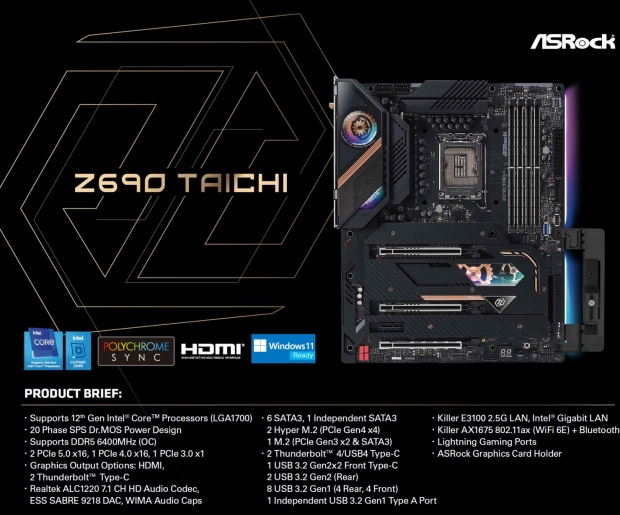 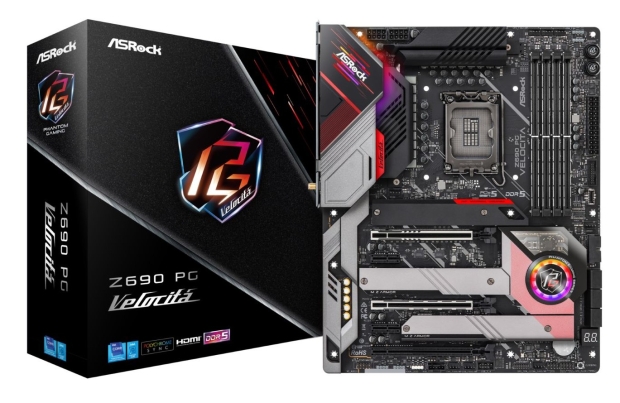 Under that, ASRock has the new Z690 Phantom Gaming series, with the Z690 PG Velocita motherboard: this features a PCIe 5.0 x4 M.2 Key-M slot for a next-gen PCIe 5.0 x4-capable SSD. There's also the new Z690 PG Riptide motherboard that has Lightning Gaming Ports and Killer NIC (as well as DDR5 + PCIe 5.0 tech). 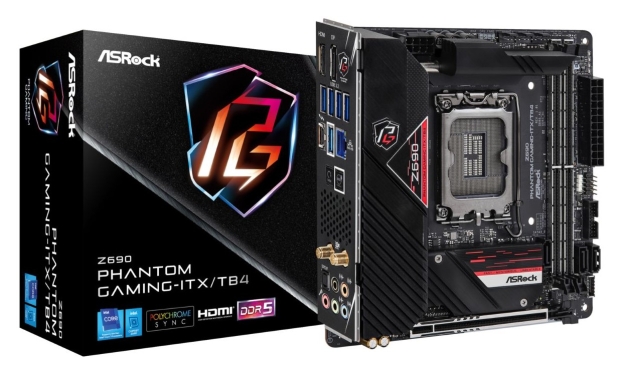 Most excitingly, ASRock has the super-small Z690 Phantom Gaming-ITX/TB4 motherboard that has all of that awesome tech: LGA 1700 socket ready for any Intel 12th Gen Core "Alder Lake" CPU right up to the flagship Core i9-12900K processor. 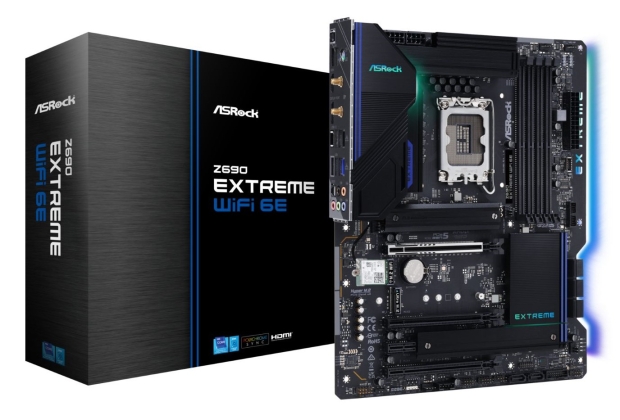 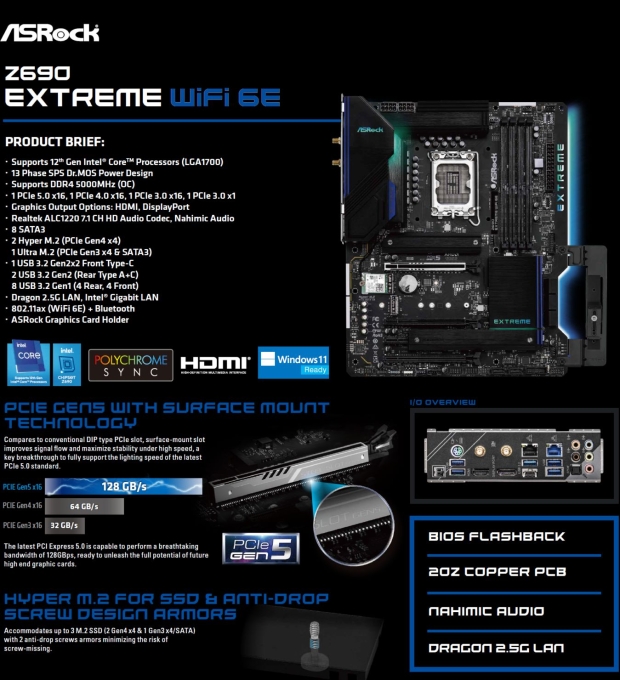 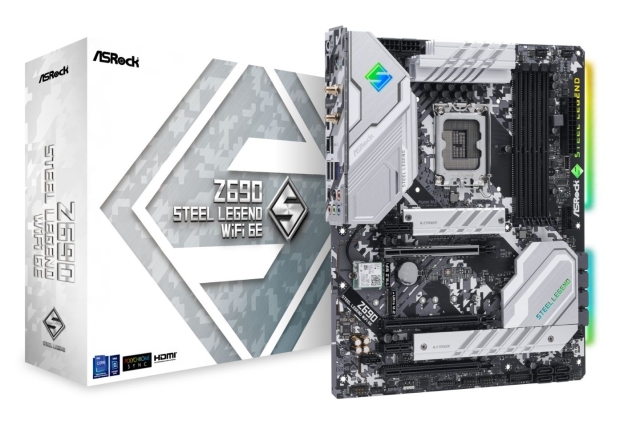 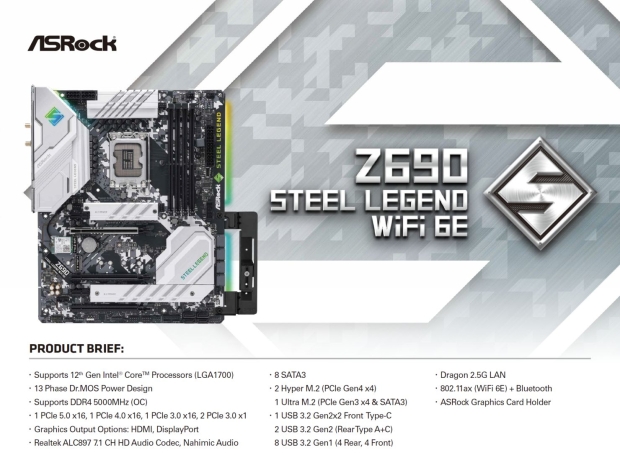 There's the new Z690 Steel Legend Wi-Fi 6E motherboard, which also has the same 13-phase Dr.MOS power design and PCIe 5.0 x16 connectivity... but it drops down to DDR4 memory. This is a board for those who want DDR4 RAM, but PCIe 5.0 for whatever reason. I don't know why, but hey there it is.