A satellite flying overhead of an erupting volcano has captured stunning images of the rivers of lava spewing from the volcano's crater. 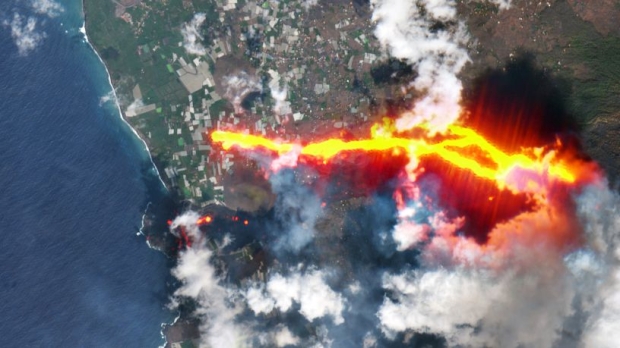 The volcano that is erupting is on the Spain's La Palma island which first began erupting on September 19. Since then, rivers of lava have been spewing out of the volcano causing residents in the local area to evacuate. The eruption has marked the first time in 50 years this volcano has erupted, and over the weekend reports surfaced of 3.8 earthquakes in the area - indicating that the volcanic eruption is far from over.

The European Earth-observing satellite Sentinel-2 managed to capture stunning images of the La Palma eruption on Sunday that show new lava streams being created after a part of its conical crater collapsed. The collapsed crater has caused the lava up to 2,264 degrees Fahrenheit to run in new directions downhill towards the coast. So far, the lava is moving at 1,640 feet to 2,300 feet per hour. Additionally, the rivers of hot lava have destroyed more than 1,186 buildings in the area and has covered nearly two square miles of land. 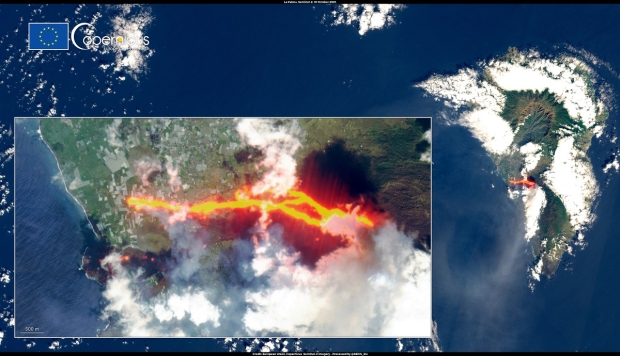 For more information on this story, check out the links below.