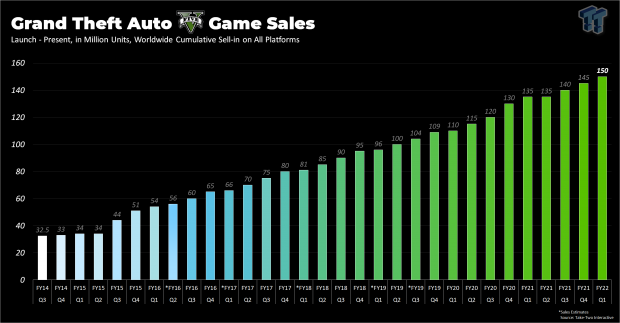 There's few games that will consistently sell millions of copies every quarter, but Grand Theft Auto V is one of them. The nearly 8-year old GTA V has now sold-in (shipped) 150 million copies worldwide since its launch in September 2013, making it one of the best-selling games of all time. GTA V currently makes up 42% of total franchise sales.