It might not sound like much but the pre-binned Navi 21 XTXH isn't just ready for additional overclocking headroom, but AMD allows the GPU to be clocked past 3GHz -- far beyond it, with the overclockers from team OGS over in Greece using the PowerColor Radeon RX 6900 XT Ultimate graphics card + LN2 cooling to push the Navi 21 XTXH GPU to 3.3GHz.

AMD allows up to an insane 4GHz so that overclockers can reach for the stars with a Navi 21 XTXH-powered Radeon RX 6900 XT graphics card. The previous record was by overclocking legend Der8auer who hit 3.2GHz on the same PowerColor Radeon RX 6900 XT Ultimate, but he didn't include benchmark results with that OC. 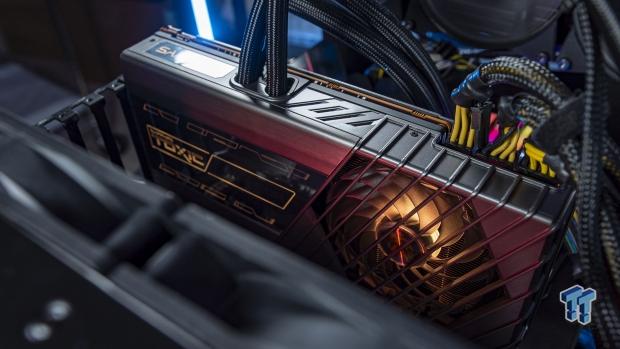 Team OGS provided their record-breaking 3DMark Time Spy Extreme score of 37618, while the graphics score itself was a record-breaking (for a single GPU) 41069. I'm expecting to see some more squeezed out of these pre-binned Navi 21 XTXH graphics cards under LN2 cooling.

I wonder how long it'll be until we see one of these custom Radeon RX 6900 XT graphics cards pushed past 3.5GHz -- or even 4GHz which would be magical.