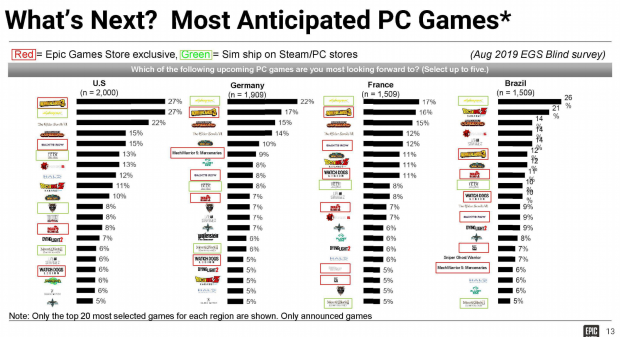 New documents revealed in publicly available court exhibits reveal more about Epic's future timed exclusivity deals. According to one document which was created in late 2019, Dead Island 2 and Saints Row have been earmarked as Epic Games Store exclusives. Which Saints Row wasn't specified, but it's possible Saints Row V will be EGS exclusive in favor of the 88-12 revenue split.

This aligns with my predictions made in 2019 based on comments from Koch Media's CEO. Based on previous trends, these games should be timed exclusive and not kept off of Steam like Ubisoft's newer titles.

"As a company, we have to do the things we believe in. We make mistakes as well but [our deal with Epic] wasn't a mistake. We need to embrace a digital partner that offers a much more compelling rev share model than anybody else, and I think they act as a role model for us and for other digital partners as well -- a 70/30 split is quite frankly anachronistic," Koch Media CEO Klemens Kundratitz said in August 2019.

This trend makes sense. Deep Silver, the publisher behind these games, signed a one-year exclusivity deal with Epic for Metro Exodus back in 2019.

The deal paid off and made lots of money for 4A Games and parent company Embracer Group.

Epic's internal report also notes as of 2019 the company had spent $179 million on exclusives for 2021, and was prepared to spent $268 million in "aggressive pursuit" of exclusives. The document says Epic had secured 4 EGS exclusives as of October 2019.