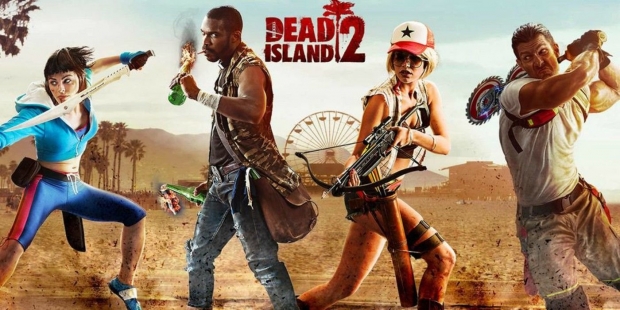 UK studio Dambuster Studios may have resurrected Dead Island 2 from development hell, but official news is still dead in the ground. The only real info we've gleaned is from presentations and job listings, the latter of which may hint at a next-gen focus for the zombie-survival game.

Multiple listings on Dambuster's career page are recruiting for an "established AAA title for next-gen consoles and PC." Many have assumed this is Dead Island 2, and it's pretty easy to see why considering one listing says the next-gen project is a sandbox game. Other listings confirm Dead Island 2 will have DirectX Raytracing support and that it's built in Unreal Engine 4 (which could be scaled to UE5 later on or even during mid-development).

There's just one possible issue. Dambuster's career page has two types of listings: One that mentions Dead Island 2 directly, and the other that just mentions a next-gen game. It's possible Dambuster is making two games--Dead Island 2 and another unrelated next-gen title.

Here's what the listings say. First let's start with the one that mentions Dead Island 2 directly.

Deep Silver Dambuster Studios is looking for a Rendering Programmer to join our Engineering Department to work on our high-end graphics pipeline.

You will be contributing towards the development of the upcoming AAA title, Dead Island, using Unreal engine.

For this role, we are looking for a regular level programmer (two years experience) or a very strong graduate with relevant qualifications and interests. Experience with DXR and compute are a must, as you will be heavily involved in raising our visual bar on high-end platforms using the latest rendering technologies.

You will be working on an established AAA title for Next Gen Consoles and PC platforms owning the planning and delivery of features and roadmaps, seeking to maximize quality within the required constraints. As a Senior, you will be expected to provide ad-hoc mentorship to more Junior members of the Production Team as and when required.

The Production department at Deep Silver Dambuster Studios have an exciting opportunity for an experienced Producer to join the team, with strong animation experience working on an established AAA title for Next Gen Consoles and PC platforms.

We are looking for a self-driven and experienced individual to join the engineering team which is working on a sandbox AAA title for next generation hardware. As part of the gamecode group you will architect systems and features which empower the wider team to deliver immersive experiences and emergent gameplay scenarios. You should be somebody that lives to solve technical challenges and be the kind of person who strives to make a big difference to the whole game team's workflow.

The Production department at Deep Silver Dambuster Studios have an exciting opportunity for a Lead Producer to join the team. Reporting in to the Executive Producer, you will be working on an established AAA title for Next Gen Consoles and PC platforms, managing all or part of the Production department and tackling production for some areas of the project directly.